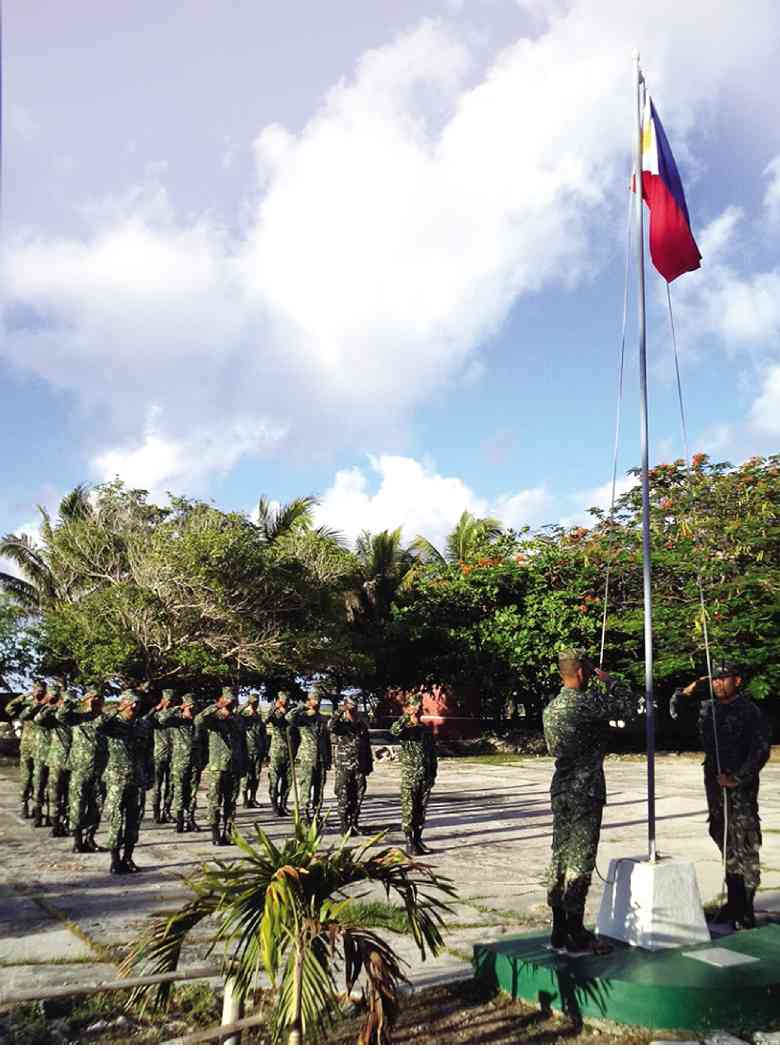 The Philippines has filed a new diplomatic protest against China over its land reclamation on McKennan (Hughes) Reef in the Spratly group of islands, which is indisputably within the country’s exclusive economic zone (EEZ).

But he could not say how China responded to the latest note verbale. The Chinese Embassy in Manila had immediately rejected all previous Philippine protests in relation to the South China Sea dispute.

“We filed the protest last week. The reclamation there was confirmed first,” said Jose.

He said the Philippines continues monitoring to confirm what appeared to be similar Chinese activities on  Gavin (Gaven) Reefs and Calderon (Cuarteron) Reef, also in the Spratlys, which President Aquino and Foreign Secretary Albert del Rosario bared on Thursday last week, expressing concern over Beijing’s “aggressive expansion agenda” in the disputed waters.

China is also known to be undertaking similar activities on Malvar (Eldad) Reef.

Jose said the Philippines would “definitely lodge a similar protest” against China once it is confirmed that it was reclaiming land in these territories.

Jose could not say whether last week’s diplomatic protest was filed before or after the top officials made public the surveillance information on Chinese activities on the two other reefs (Gavin and Calderon). Neither President Aquino nor Del Rosario mentioned Mabini Reef (Johnson South Reef) in their press engagements last week.

In April, the DFA also protested China’s construction of an artificial island on Mabini Reef as it expressed concern that the expanded territory could be used for military purposes, particularly an airstrip.

These territories are indisputably within the Philippines’ 370-km EEZ in the South China Sea, an area locally called the West Philippine Sea.

The Philippines is seeking an end to such Chinese incursions through its arbitration case filed against China before the United Nations, a legal action that aims to nullify China’s “excessive” nine-dash-line claim.

This historical delineation is Beijing’s basis in claiming “indisputable sovereignty” over some 90 percent of the South China Sea, extending well beyond its own EEZ and encroaching on that of other claimants, including the Philippines, Vietnam, Malaysia, Brunei and Taiwan.

This 2002 nonaggression pact seeks to prevent conflict in the contested waters pending resolution of the disputes.

“China’s provocative and unilateral actions have lent credence to the view that it is pursuing an aggressive expansion agenda to advance its nine-dash-line position in the South China Sea,” said Jose.

“It raises tensions. Both China and the Asean signed this 2002 (DOC). One of the agreed principles was the exercise of restraint, that parties should not take any action that would complicate the situation. So, in our view, all that China is doing are in violation of the provisions of the DOC,” said the official.

Chinese intrusions in the disputed waters—including land reclamation and recent brushes with Vietnam in the Paracel Islands—continue amid progress in the Philippines’ legal case in the UN.

On June 2, the arbitral court based in The Hague, the Netherlands, ordered China  to comment on the Philippines’ case and defend its own claims in the waters. Beijing has maintained the position that it would not take part in the legal process, reiterating its claim of ownership of almost all of the South China Sea.