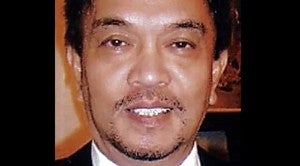 MANILA, Philippines–Looking after the wellbeing of overseas Filipino workers should entail more than just helping them when they are in trouble or needing to flee their host countries quickly as in Iraq or Syria.

The government should also ensure the emotional and psychological wellbeing of migrants as they toil in far-flung places away from their families, believes OFW Family party-list Rep. Roy Señeres.

Señeres, a former ambassador and labor official, has filed a bill that would create a government program whose sole purpose is to bring a happy piece of home to Filipinos abroad.

Under the bill, the “Hatid Saya” program with a budget of P50 million would be implemented by the Departments of Foreign Affairs and Labor and Employment to bring homegrown entertainment to countries where there are large Filipino populations.

Participants would be local Filipino talents—movie stars, singers, comedians, musicians and others—who would stage variety shows Filipinos everywhere love, to relieve them of their homesickness and ease the burden of living away from loved ones.

The shows would be held at least once a year in the Middle East, Europe, Asia and the Americas.

Señeres, in his explanatory note to the bill, said that many Filipinos had chosen to work abroad to provide better lives for their families. In the process, they made personal sacrifices and even endangered their personal safety at time, he said.

But their journey had also taken a toll on their spirits and emotions, he noted.

“Equally significant is the emotional aspect of working overseas which has to be confronted by overseas Filipino workers, such as loneliness, homesickness, culture shock, living away from loved ones back home for a long period of time, to name a few,” he said.

“Accordingly, we need something to enliven their spirits.”