China ordered to submit counter-argument in sea dispute by Dec. 15 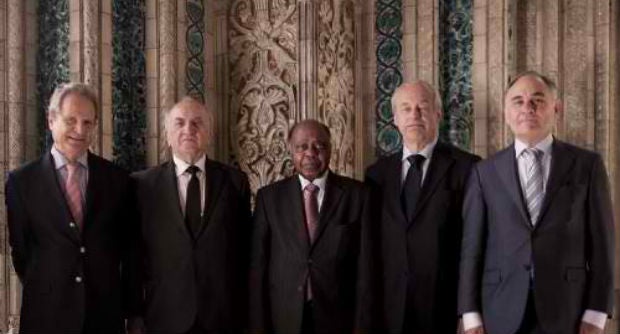 MANILA, Philippines–China has been ordered by the international Arbitral Tribunal handling the maritime dispute case filed by the Philippines to file its counter-memorial, or counter-argument, by Dec. 15, despite its position that it will not participate in the arbitration.

“In Procedural Order No. 2, the Arbitral Tribunal fixes December 15, 2014 as the date for China to submit its Counter-Memorial responding to the Philippines’ Memorial,” the International Tribunal said in a statement posted on the website of the Permanent Court of Arbitration (PCA) June 3.

“The Arbitral Tribunal will determine the further course of the proceedings, including the need for, and scheduling of any other written submissions and hearings, at an appropriate later stage, after seeking the views of the Parties,” it said.

The PCA in The Hague, Netherlands, acts as the registry for the arbitration case that the Philippines filed before the International Tribunal on the Law of the Sea (Itlos) on Jan. 22 last year.

The case stems from China’s claim of “indisputable sovereignty” in the entire South China Sea including parts of the Philippines’ 200 nautical mile Exclusive Economic Zone (EEZ).

The Philippines filed its memorial, or written arguments, to the tribunal last March 30 following the first Procedural Order dated Aug. 27, 2013.

“The Arbitral Tribunal has been mindful of its obligation under the Convention to determine its own procedure while ‘assuring to each party a full opportunity to be heard and to present its case,’” it said.

China has not changed its position, saying it will not participate in the arbitration proceedings.

“On May 21, 2014, the PCA received a Note Verbale from China in which it reiterated its position that ‘it does not accept the arbitration initiated by the Philippines’ and that the Note Verbale ‘shall not be regarded as China’s acceptance of or participation in the proceedings’,” the International Tribunal statement said.