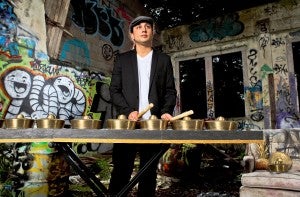 ALAMEDA, California — To mark Philippine Independence Day, an array of artists will celebrate the cultural traditions of the Philippines in “Lumago Lampas” (Grow Beyond), a Rhythmix Island Arts’ collaboration with San Francisco Bay Area artists.

The evening will feature American Center of Philippine Arts, Parangal Dance Company, Kulintronica and Kristian Kabuay on Saturday, June 7 at 7:00 p.m. at Rhythmix Cultural Works on 2513 Blanding Ave., Alameda. The performances are made possible with funding from the Zellerbach Family Foundation, Wallace Alexander Gerbode Foundation and the Hewlett Foundation.

Kristian Kabuay brings to the stage his modern performance-style writing system called Tulang Kalis (Poetry of the Sword) based on the ancient writing system, Baybayin. 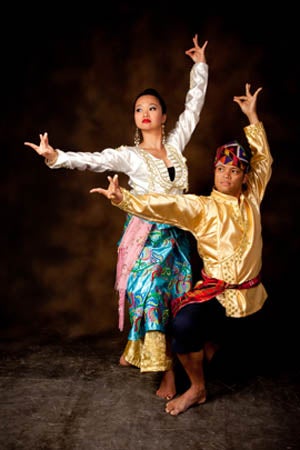 Choreographer, Jay Loyola takes inspiration from the Pangalay, the most distinctively Asian of all the dances in Southern Philippine islands.

Loyola re-imagines the influence and movement patterns of this familiar dance form, in a theatrical framework, and the Molbog peoples’ cultural standpoint to create a compelling dance interpreted by Kristian Kabuay, Kimberley Requesto and Ron Quesada. Concept, design and choreography are by Jay Loyola.

The original Pangalay is based on the pre-Islamic concept of celestial spirits, important characters in other Southeast Asian dances. Its motion recites the Baybayin, an ancient Filipino script’s strokes that are comparable to the dancer’s dexterity and flexibility of the shoulders, elbows and wrists to the accompaniment of the kulintang, an ancient instrumental form of music composed on a row of small, horizontally-laid gongs.

For more than two decades, Loyola has created more than 40 Philippine dance works and performed in Asia, Europe and the US. He has performed at venues such as the Palace of Fine Arts, Herbst Theater, Cowell Theater and Yerba Buena Center for the Arts.

Loyola is the founding artistic director for American Center of Philippine Arts, an adjunct professor at University of San Francisco for Philippine Dance and Culture and a consultant for many universities and festivals around the globe.

The American Center of Philippine Arts provides a unique educational program for youth through innovative, hands-on classes, collaborations and showcase events. The Students Enriched in Education and Dance (SEED) offers cultural education to youth ages 5 to 18, with instruction in the fundamentals of Philippine folk dance and application to the dance choreography.

Kristian Kabuay is a self-taught artist influenced by calligraphy, graffiti, abstract art, indigenous culture, technology and Asian writing systems. He is also a leading authority on the propagation and instruction of the Philippine script. Currently based in San Francisco, Kabuay has been advocating for a reawakening of the indigenous spirit through decolonization and the native ancient writing system, Baybayin. 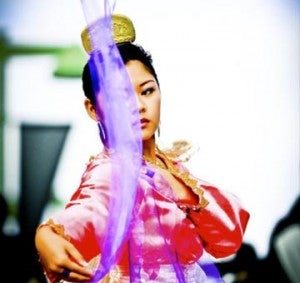 Parangal Dance Company’s mission is to give tribute to Philippine heritage by preserving and promoting ethnic attire, music and dance through research, workshops and performances. PDC aims to bridge, inspire and connect Filipino Americans to their roots while making diverse communities aware and appreciate Philippine culture.

Ron Quesada studied ethnomusicology at San Francisco State University and the University of Hawaii. He is a veteran Filipino folkloric music practitioner. As a member of the Haranistas de Manila, directed by the former rondalla director of Bayanihan Philippine Dance Company, Celestini “Bayani” Tan, he mastered diverse Filipino ethnic instruments, including strings, gongs and bamboo.

Quesada had extensive instruction in traditional regional styles of kulintang music and toured internationally both as a performer and educator in Filipino music. His contemporary kulintang music style is gaining recognition both in the United States and in the Philippines.