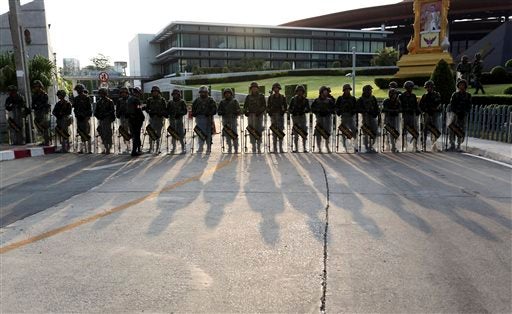 BANGKOK–Thailand’s army chief seized power in a military coup on Thursday, deposing the elected government and plunging the country into uncertainty after months of deadly political strife.

General Prayut Chan-O-Cha made the announcement in a televised address to the nation, saying the powerful armed forces had to act to restore stability in the deeply divided Southeast Asian nation.

“In order for the country to return to normal quickly, the National Peace Keeping Committee comprised of the army, the Thai armed forces, the Royal Air Force and the police need to seize power as of May 22 at 4.30 pm,” Prayut said.

He said power would be held by the committee, which he will lead.

Moments before the stunning announcement, witnesses said they saw leaders of Thailand’s two main political parties as well as its rival protest movements being taken by the military from a venue where Prayut had convened talks aimed at resolving their differences.

Prayuth later announced the leaders have been detained.

The tough-talking Prayut, 60, said he seized power due to “the violence in Bangkok and many parts of the country that resulted in loss of innocent lives and property and was likely to escalate.” 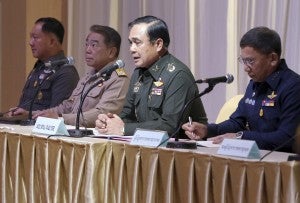 “All Thais must remain calm and government officials must work as normal,” he said in the brief announcement around 5 p.m. (1000 GMT), flanked by four of his top officers.

Rumors of an imminent coup had gripped Thailand since Tuesday, when Prayut declared martial law, saying he had acted to prevent deadly political tensions spiralling out of control.

The announcement came shortly after the opposing camps and other top political actors had gathered for the second straight day of conciliation talks at a heavily guarded military facility in the capital Bangkok.

Prayuth met with ruling Pheu Thai Party, the opposition Democrat Party, the pro-government United Front for Democracy against Dictatorship, the anti-government People’s Democratic Reform Committee, the Senate and the Election Commission all presented their ideas to the Army chief.

Prayut had ordered participants to bridge their differences for the good of the nation, saying he would not allow Thailand to become another “Ukraine or Egypt.”

“I was concerned with the situation, and could not let it continue without a solution,” Prayut said earlier in opening remarks to the political talks Thursday.

“What I am doing in my security capacity — if I upset anyone, I apologize but it is necessary.”

But the bitterly divided political foes failed to reach an agreement during the closed-door negotiations.

Reports said that after talks failed at 4:10 p.m., Prayuth ordered a break and representatives of the five parties were taken away in over 10 vans to the First Infantry Regiment, located next to the Army Club.

Before Thursday, Thailand’s democratic development had repeatedly been curbed by 18 actual or attempted coups since 1932.

Most of those powers had not been invoked this week, but the military has taken steps to muzzle the media.

Prayut gave no indication how long the military would hold power but said it took over in order to “start political reform.”

Prime minister Yingluck Shinawatra was dismissed from office earlier this month in a controversial court ruling that left her caretaker successor clinging to power.

Thaksin was ousted by the military in 2006 and now lives in exile but still enjoys strong support, particularly in rural northern Thailand.

Caretaker Prime Minister Niwattumrong Boonsongpaisan, who replaced Yingluck, did not take part in the political talks and has refused calls to step down.

The pro-Thaksin “Red Shirt” movement had called for new national polls they hope will provide a fresh mandate to the beleaguered elected government.

But the anti-government protesters who have waged a debilitating protest campaign for seven months are demanding vague political reforms first.

The reforms are widely seen as a bid to cripple the political power of Thaksin’s family and allies. With The Nation/Asia News Network 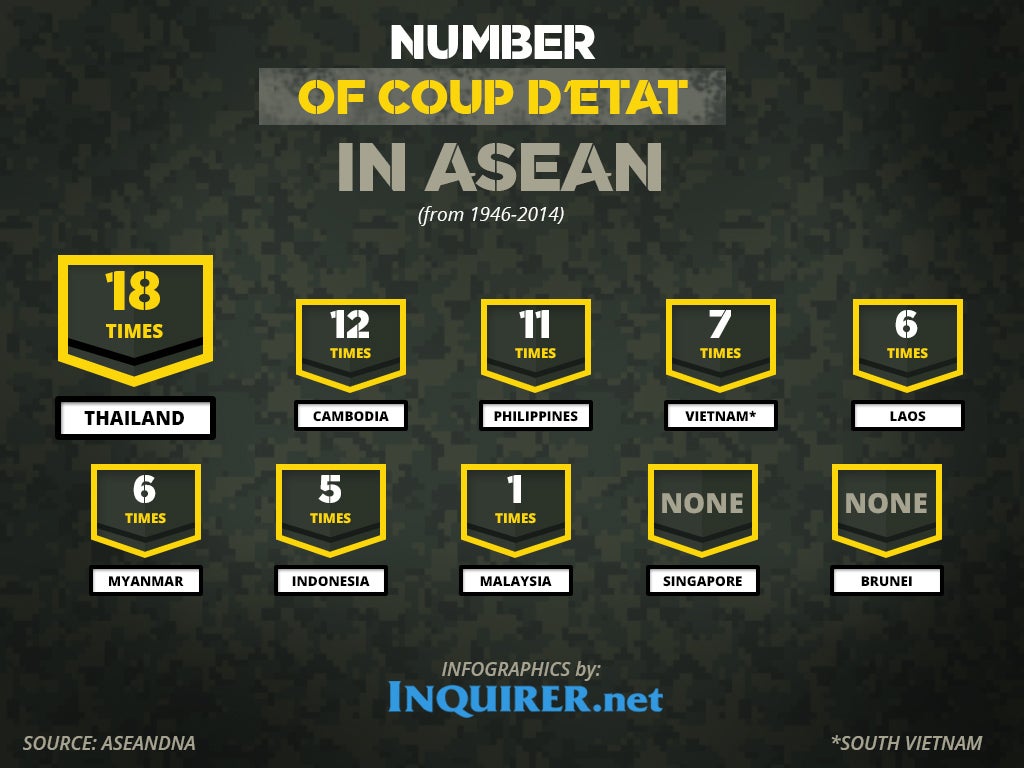