Stephen Guillermo, son of the Filipino diaspora, put to rest, no longer ‘undocumented’

There’s still no justice for my family, reeling from the sudden and violent death of my cousin Stephen. We continue to grieve after burying him last week.

So far, prayer seems more powerful than anything else. 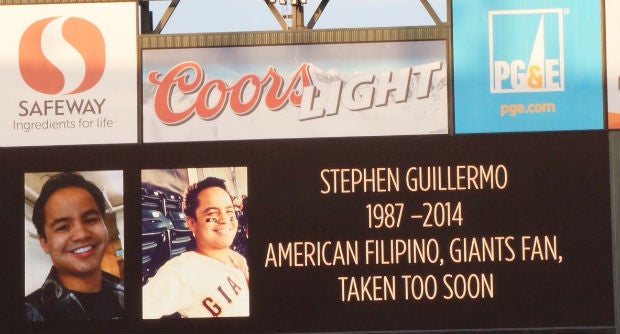 The San Francisco District Attorney has yet to formally decline to charge Stephen’s killer. So that means there’s still hope. After meeting with an official from the DA’s office on Tuesday, there’s a very outside chance that something will be done once all the evidence is reviewed.

It’s still an outside chance, but we did taste some form of justice this week. And we won’t have to sit through the zoo that is the massive San Francisco State University commencement this coming Saturday.

Though a legal immigrant who came to America when he was just 8, Stephen still was “undocumented.”

That is, he died before he could fulfill paperwork to graduate from San Francisco State University.

He just never got around to that mundane task.

Now he’s going to get that paper.

For those new to this story, my cousin, Stephen, 26, was shot and killed when he got off on the wrong floor of his San Francisco apartment building and entered an identical apartment on May 3.

His shooter was also a resident, who was arrested for suspicion of murder.

By the following Tuesday, the San Francisco District attorney ordered the man released.

This is the power of the gun laws that favor the mistaken shooter, but not a mistaken victim.

The law in California is based on something called the “Castle Doctrine,” where one’s home is one’s castle. It allows justification of deadly force on an intruder if one is in imminent danger.

But those who know Stephen find it hard to believe he posed any threat at all.

Much is made of Stephen being inebriated, but he was no worse than a college student on a typical Friday night.

Stephen was smallish, almost child-like. If anything, any drink would have made him even less imposing than he already was. He was unarmed. Non-violent. Half the size of his shooter.

His weapon was his smile.

Now all that is gone.

His killer is free.

Stephen was buried Thursday of last week. A tribute on Filipino Heritage night at the San Francisco Giants AT&T Park was like a scoreboard tombstone. 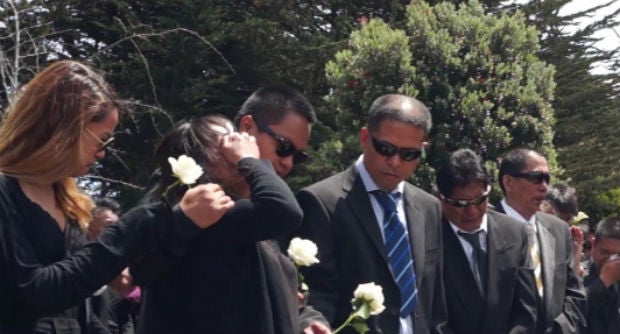 One person who was touched by the news media’s coverage of Stephen’s death was his professor and advisor, Dr. Sophie Clavier.

As the chair of the International Relations Department at San Francisco State, Clavier went to bat for Stephen, and was able to confirm in an email to me the good news.

The University will recognize Stephen with a Bachelor’s degree in International Relations.

“He was such a hard working young man, and such a nice person. My heart goes to you as I remember Stephen’s beautiful smile. The IR Department grieves with you.”

Stephen was an older student who worked two jobs—not to pay off student loans, but to help his family.

When Stephen was 19, his father died of cancer, and Stephen had an inheritance—the family’s credit debt.

He worked to pay that off, support his family, and be the dad to his younger siblings.

But getting his college degree was considered his most important goal.

That was supposed to be the big payoff for the poor immigrant kid from the Philippines. An education from a U.S. place of higher learning, SFSU, was his chance to graduate and fulfill a dream that would lead to working in the Foreign Service and seeing the world.

It was also the hope to move the family from their tiny Mission Street apartment into a better situation, once the graduate was able to start his career.

The kid from Quezon City was living his impossible dream.

The hope of Stephen and his family is no different from the countless others who came to America as part of the Diaspora. Stephen’s relatives have left the Philippines for Canada, England, Italy, Saudi Arabia. But the U.S. was the pinnacle. Stephen’s slight edge was my father, who first came to the U.S. in the 20s, and opened a path for immigration that led to Stephen’s arrival in 1996. The brother/sister preference enabled Stephen’s father to come to the U.S. legally. Ironically, iIt’s the same provision that’s being on the chopping block on any immigration reform package currently on the table.

After his family waited nearly 20 years to become legal immigrants, the degree was to be another achievement on his incredible journey.

But it has to come posthumously.

A special graduation ceremony for Stephen is being planned for June.

To SFSU, and to Professor Clavier of the International Relations department, the family is truly grateful for what could be the only real justice the family sees.

They continue to pray that the San Francisco District Attorney will l value Stephen’s case and his life, and do the right thing.