Women lawmakers off to China 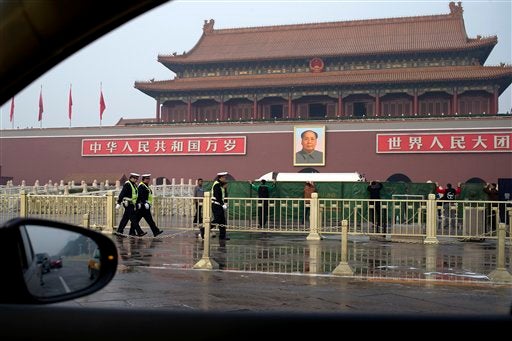 MANILA, Philippines—Despite heightened tensions with China, the House of Representatives has sent a 12-member, all-woman delegation to meet senior communist leaders in the Mainland.

The members of the House junket is led by Pangasinan Rep. Gina de Venecia, wife of former House Speaker Jose de Venecia, who was China’s main conduit to its business deals in the Philippines during the Arroyo administration. These included the joint seismic study in the disputed Spratly Islands among the Philippines, China and Vietnam; the failed North Rail project; the entry of China’s State Grid Corp. in the privatization of the country’s power transmission facilities; and the aborted broadband deal with Chinese telecom giant ZTE Corp.

In a text message, De Venecia confirmed that her group was invited by the Central Committee of the Communist Party of China to improve bilateral relations between the two countries.

“We honored the invitation because we are convinced that our relationship with China goes beyond the territorial row,” said De Venecia. “We cannot give up on peace.”

She said her group was firmly committed to uphold the agreement signed by President Aquino and then China President Hu Jintao in 2011, which stated that “the South China Sea or West Philippine Sea is not the sum total of Philippine-China relations and that contentious issues will be segregated from the rest of the relations.”

The group is supported by a six-member secretariat led by lawyer Evelyn Panlaque.

The group left Manila on May 8 and will return on May 18. Based on their itinerary, the group will visit Guangzhou, Chongqing, Jinan and Beijing.

Aside from sightseeing tours and seminars, the group is scheduled to meet with lady lawmakers from China’s Chongqing Congress and hold a morning banquet with Chen Fengxiang, vice president of the International Department of the Central Committee of the Communist Party of China.