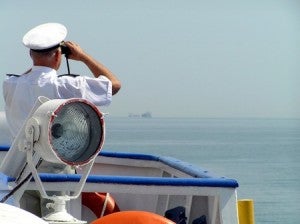 MANILA, Philippines—Europe’s transportation body has deferred its verdict on the Philippines’ compliance with international maritime standards, giving the country more time to upgrade its seafarers’ education, training and certification systems in the face of a possible ban on Filipino seafarers serving on European ships.

The Department of Foreign Affairs said Thursday that the European Commission’s Directorate General for Mobility and Transport had “acted favorably” on the Philippines’ request for more time to allow local maritime authorities to institute reforms and meet regulatory standards under the 1978 International Convention on Standards of Training, Certification, and Watchkeeping for Seafarers.

Echoing a statement earlier issued by the European Union in Manila, the DFA said an audit team from the European Maritime Safety Agency was scheduled to undertake another review of Philippine compliance later this year.

The Committee on Safe Seas and Prevention of Pollution from Ships of the European transport body set the fresh assessment during a meeting in Brussels on April 23, when it was supposed to already render a decision on the Philippines’ compliance with EU maritime standards.

“The Committee agreed to send another audit team to the Philippines from the European Maritime Safety Agency to look into the measures which the Philippine maritime authorities will be implementing to ensure compliance with STCW standards,” the DFA said in a statement on Thursday.

“The EMSA audit team intends to arrive after the start of the new school year in September/October in order to monitor the delivery of maritime education by the country’s higher education and training institutions,” it said.

The new assessment was set following appeals from the Philippine government.

While noting gains in Philippine efforts to rectify maritime deficiencies, the EU said in a statement last week that the country had until July to show proof that it was undertaking steps to remedy the deficiencies.

It warned that failure to fully address these deficiencies “may result in the loss of EU recognition.”

In previous audits, the EU had found problems in the country’s system of monitoring, evaluating and assessing maritime schools and the failure of maritime regulators to comply with the country’s own standards on maritime education, training and certification.

The European maritime body has been auditing Philippine maritime schools, training and certification centers since 2006 to make sure that the estimated 82,000 Filipino seafarers working on EU  ships “are qualified and competent.” EMSA last audited Philippine compliance in 2013.

The Philippines supplies about a fourth of the total number of seafarers in the world. Figures in 2012 showed that more than 369,000 Filipinos were deployed on ships all over the world.

PH pleads case in EU to save seafarers’ jobs