• A majority backs pathway to citizenship for undocumented immigrants 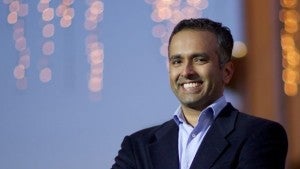 RIVERSIDE, California — Asian Americans lean to the left on current divisive issues in the United States, the first of a series of think tank studies shows.

Among the findings of a series of reports — “The State of Asian Americans and Pacific Islanders” — done jointly by the Center for American Progress and AAPI Data at the University of California, Riverside:

• Asian Americans and Pacific Islanders are much more likely to support than oppose tax increases on high earners as a way to reduce the federal deficit.

• Asian Americans are among the most open to diversity when compared to other racial groups.

People of color will be in the majority in the United States by mid-century, and Asian Americans and Pacific Islanders, or AAPI, are a significant factor in the nation’s changing demographics.

The reports examine how the growth of Asian American and Pacific Islanders will affect a variety of key policy areas, from immigration and education to health care and the environment.

• The fastest-growing states for Asian Americans are Nevada, Arizona, North Dakota, North Carolina and Georgia, where the populations more than doubled between 2000 and 2012.

• For Pacific Islanders, the states with the fastest growth are Arkansas, Alaska, Nevada, and Utah.

• 69 percent of Asian Americans consider themselves environmentalists, about 30 percentage points higher than the national average.

• 58 percent of Asian Americans support a path to citizenship for undocumented immigrants.

AAPI Data analyzes information from the “Census, American Community Survey” and academic researchers and organizations, and presents it in user-friendly formats, primarily to make such research more accessible and centrally available.

Ramakrishnan explained that he saw the need for such a resource a few years ago, soon after getting involved with the National Asian American Survey.

Horses that survived eruption may end up in slaughterhouses