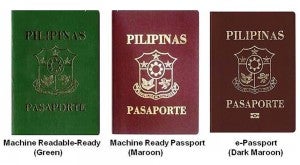 MANILA, Philippines – The Department of Foreign Affairs (DFA) is offering free replacement of e-Passports whose covers have peeled off because they are substandard.

“Passport holders will present their passports for inspection and examination in order to obtain the appropriate assistance,” DFA said.

Free replacement will be granted if the following conditions are met:

1. If the applicant fills up the required replacement forms;

2. If upon investigation and examination the e-Passport is deemed substandard; and

3. If the holder surrenders the detached e-Passport to the Department.

Replacement with corresponding pay will be followed if:

1. Majority of the pages have been used and the e-Passport’s condition is the result of wear and tear; and

2. The holder of the detached e-Passport refuses to surrender said passport to the Department.

In a letter to the editor published on the Philippine Daily Inquirer on May 1, 2014, Quentin San Diego shared his experience during a trip to Russia where authorities had closely examined his passport which was falling apart for three hours.

“Back in Manila, I saw that my passport was falling apart. The leaves of my passport were disengaging from the glue,” he wrote.

“On April 4, 2012, I wrote a letter of complaint to the DFA. To make a long story short, the DFA changed my passport, but they wanted to charge me for the replacement. I refused to pay, saying that the defect in my passport was their fault, not mine,” San Diego wrote.

There were three others also who had their passports changed because of the “inferior, defective and self-destructing passport,” one complainant, who was bumped off a flight, had told San Diego.

“I suggest that the DFA should be investigated for providing inferior, substandard and imperfect passports,” he wrote.

The DFA has yet to issue an explanation regarding the alleged substandard passports.