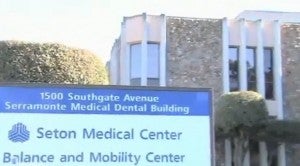 SWAT officers surrounded the building and searched for the gunman and escorting people to safety.

“The doctor saw the man with the gun and he ran out and the shooting was behind him but luckily it missed him,” said Maria Armas, a Filipino healthcare staff, told ABS-CBN News.

The suspect was identified as Raymond Iwase, reportedly a disgruntled patient who allegedly targeted Dr. Kevin Wong, an internist.

Police arrested Iwase without incident at his Daly City home later that evening finding a gun and ammunition inside. it is not clear whether it was the same firearm allegedly used at the medical building.

Iwase is currently held at the San Mateo County Jail under suspicion of attempted murder.