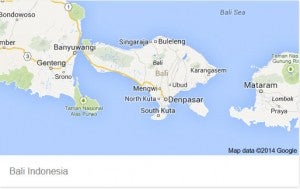 “We got information that a 737-800 from Brisbane to Bali has been hijacked,” spokesman Hadi Tjahjanto told MetroTV television station, adding it was a Virgin flight.

“The pilot indicated that the plane has been hijacked,” senior transport ministry official Harry Bhakti said on MetroTV.

“There’s an information that a passenger tried to get into a cockpit, we are investigating.”

Palani Mohan, a passenger on a Garuda flight that was about to take off from Bali, said: “The captain of my plane made an announcement saying we were delayed indefinitely because a hijack was going on in Bali airport, about 150 metres away from us.

“I saw at least five vehicles including military-style trucks, filled with men in uniform, rushing towards the plane.

“Then the Virgin plane taxied away, followed by the convoy of security forces. The flight attendant said it’s been taken off to a different part of the airport.

“Bali airport seems to be in lockdown, we’ve been told no planes will be departing or arriving. The pilot’s not allowing anyone off our plane.”

16-year-old survives in wheel well of US flight