PH seeks ‘clearer assurance’ from US 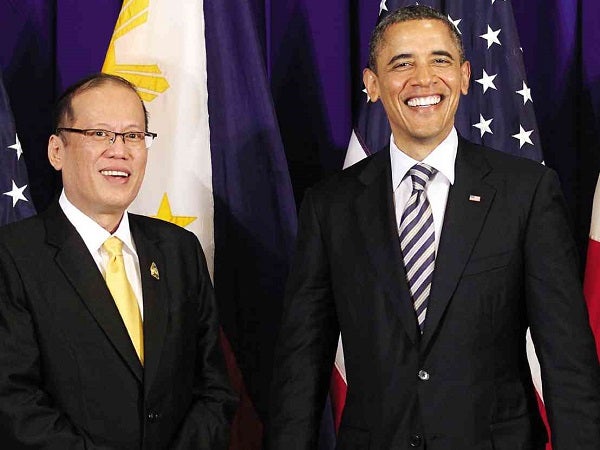 MANILA, Philippines—With the United States assuring Japan and other Asian allies of support in their territorial disputes with China, Manila will seek a “clearer understanding” of its “strategic partnership” with Washington amid Beijing’s increasing assertiveness in the West Philippine Sea when US President Barack Obama visits the country next week.

Noting that Washington is the “only defense treaty ally of the Philippines,” Communications Secretary Herminio Coloma Jr. on Wednesday said the alliance “has been a cornerstone of peace and stability in the region.”

But questions remain as to how the United States will defend the Philippines against China’s aggressive moves in the West Philippine Sea, the parts of the South China Sea within Manila’s exclusive economic zone (EEZ).

“From the Philippine perspective, we would like to be able to arrive at a clearer understanding with the US on important aspects of the strategic partnership in those three areas,” Coloma told reporters, referring to political and security cooperation, trade and cultural ties.

“We can be sure that President Aquino will take up with President Obama what he considers to be the primary or priority concerns of the government,” Coloma said.

Mr. Aquino and Obama will meet for wide-ranging discussions when the American leader arrives next Monday for an overnight visit in Manila.

Obama arrived in Tokyo on Wednesday, beginning a four-nation Asia-Pacific tour that will also take in South Korea and Malaysia.

Speaking to Japan’s Yomiuri newspaper ahead of the tour, Obama said the United States welcomed “the continuing rise of a China that is stable, prosperous and peaceful and plays a responsible role in global affairs.”

Not at expense of allies

But Obama made it clear that the US engagement with China “does not and will not come at the expense of Japan or any other ally.”

Obama also spoke about China’s aggressive actions in the Japan-administered Senkaku Islands in the East China Sea, becoming the first sitting US president to explicitly affirm that hostile action against the island group would invite a US reaction.

Asked by reporters whether the Philippines would ask for the same assurance against China’s bullying in the West Philippine Sea, Coloma said, “Well, that is precisely the purpose of the dialogue that will take place [between Obama and Mr. Aquino],” he replied.

Asked what particular aspect of defense cooperation the Philippines would want the United States to clarify, Coloma replied: “There are evolving and changing realities in global and regional security, and it is apparent that the situation in the South China Sea is part of that evolving situation. And this has been addressed directly by the US and the Philippines in the last few months.”

Coloma said Washington’s statements of support for the Philippines “have been encouraging and tend to affirm the cooperation and the partnership of both countries.”

Coloma spoke about a “wide-ranging security partnership” between the Philippines and the United States that includes joint military exercises and humanitarian assistance and disaster response.

Obama’s visit, he said, is expected to “lead to a clearer understanding on both sides, on what we may term as a shared vision for the 21st century.”

Coloma said Obama’s visit would be the “peak of a series of recent high-level exchanges” between the Philippines and the United States, noting that US Secretary of State John Kerry and Secretary of Defense Chuck Hagel have also visited the country.

Defense accord with US a ‘security cover’ for PH

Metro Manila likely to shift to MGCQ by June 1, but with ‘localized lockdown’