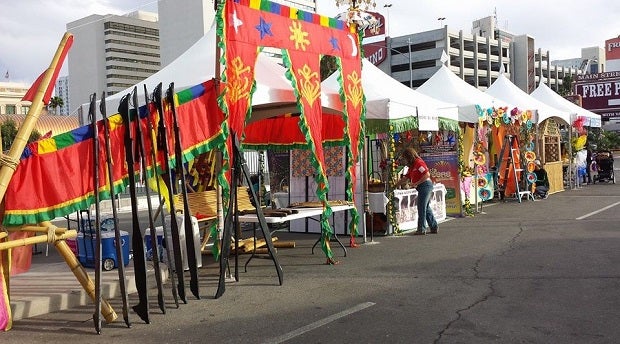 A traditional Santa Cruzan staged by the ensemble also provided the climax of the annual event that showcases Philippine culture and tradition in a city with an ever-growing Filipino-American population.

“It was great,” said Jackie Celeste, who took her two daughters to watch the cultural shows and sample the abundant Filipino food. “At least, they discover their culture and found an an appreciation of where the came from.”

The three-day affair that began Friday at the Main Street Casino parking lot drew hundreds of Filipino-Americans, even though a picket by casino worker workers, including some Filipinos, was held nearby.

The picketers distributed leaflets explaining the reasons for their mass action. Local 226, the culinary workers union, voted to strike but no date has yet been set.