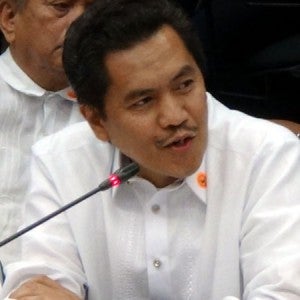 MANILA, Philippines—Labor officials who were suspended after being implicated in the “sex-for-flight” scheme will not be given new foreign assignments even after they have served out their penalties.

Musa and Antonio were meted out suspensions as a result of the administrative cases earlier filed against them following a fact-finding investigation into the “sex for flight” controversy. But the fact-finding investigation came up with a finding against the two officials not for the sex-for-repatriation allegations but for other infractions, like their “failure to do their duties well.”

Baldoz noted that Musa has already finished serving his one-month suspension for his alleged attempt to cover up a sex abuse case involving his driver in Saudi Arabia who was the subject of a complaint by an overseas Filipino worker (OFW).

Antonio has yet to complete serving his four-month suspension after he was found to have used vulgar and indecent language when talking to distressed workers while serving as acting labor attaché in Jordan. He was also caught watching pornographic materials using an office laptop.

Another labor official who was also investigated in connection with the sex-for-flight controversy was Antonio Villafuerte, the assistant labor attaché in Riyadh.

In the cases involving the three labor officials, complainants came forward only against Villafuerte. He was accused by three OFWs of sexually molesting and “pimping” them in exchange for plane tickets. He denied the allegations.

Baldoz said she will issue the decision on the charges against Villafuerte within the week.

Villafuerte is facing an administrative case for “simple negligence,” based on the Department of Labor and Employment (DOLE) fact-finding team investigation.

He also faces sexual harassment complaints before the DOLE committee on decorum and investigation.

Baldoz said Musa has been assigned to Zamboanga City to supervise the overseas employment program for the victims of the Moro National Liberation Front (MNLF) siege.

“I told him to focus on that since those skilled workers there intend to work eventually in the Middle East,” Baldoz said.