WHO, DOH see no need for travel ban due to ebola | Global News
Close
menu
search

WHO, DOH see no need for travel ban due to ebola 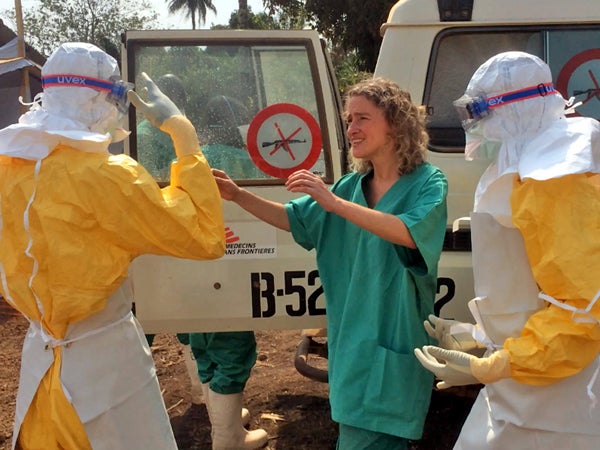 In this photo provide by MSF, Medecins Sans Frontieres (Doctors without Borders), taken on Friday, March 28, 2014, healthcare workers from the organisation, react, as they prepare isolation and treatment areas for their Ebola, hemorrhagic fever operations, in Gueckedou, Guinea. Health officials in the West African nation of Guinea say they’re now treating eight cases of Ebola in the capital. Dr. Sakoba Keita, a spokesman for the health ministry, announced on national television the virus had reached the city of 3 million. Keita said Friday, March 28, 2014, at least 70 people have died in the country’s south since the Ebola outbreak began last week. AP

MANILA, Philippines—There is no need to impose a ban on travel to countries where outbreaks of the ebola virus have been reported, according to the World Health Organization.

The international health agency said there was not enough reason  to push for the imposition of travel restrictions in response to the Ebola outbreak.

“WHO does not recommend that any travel or trade restrictions be applied with respect to this event,” it said in a statement.

In the Philippines, the Department of Health likewise does not see any need  to issue a travel advisory regarding countries where there is an outbreak of the disease.

But Tayag said that while the Ebola virus is not known to spread via global travel, the DOH was still monitoring and screening for fever among travelers arriving in airports.

The WHO also urged countries to reinforce their surveillance activities over the possible entry of the Ebola virus.

“WHO encourages countries to strengthen surveillance, including surveillance for illness compatible with EVD, and to carefully review any unusual patterns, in order to ensure identification and reporting of human infections,” it said.

Similarly, Liberia admitted the presence of an epidemic in the country from the Ebola virus disease.

Ebola is a severe acute viral illness often characterized by the sudden onset of fever, intense weakness, muscle pain, headache, nausea and sore throat followed by vomiting, diarrhea, impaired kidney and liver function, and in some cases, both internal and external bleeding.