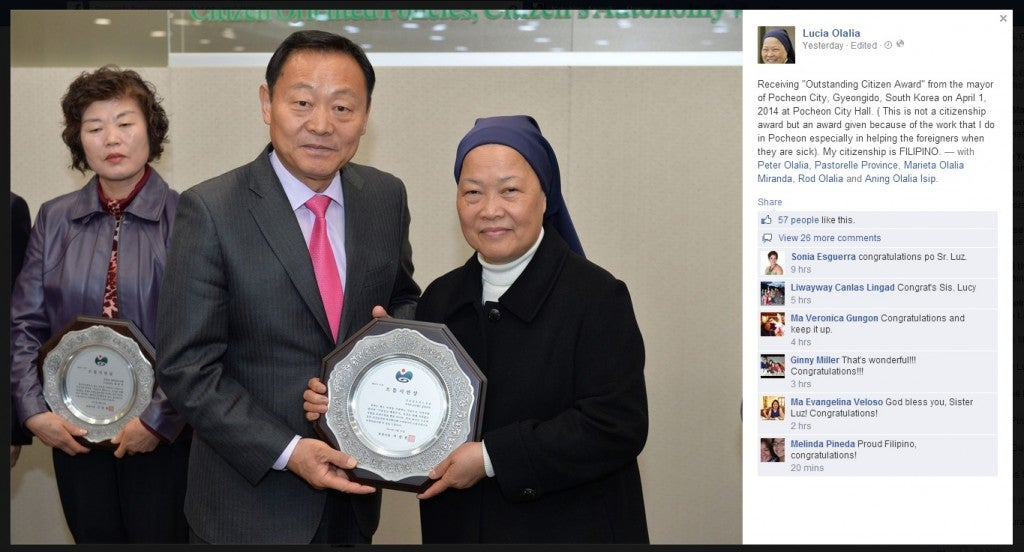 MANILA, Philippines – Sister Lucia Olalia may be a Filipino citizen, and a proud one at that, but that didn’t stop Pocheon City in South Korea from giving her an “Outstanding Citizen Award” in recognition of her humanitarian work in the community.

“My citizenship is Filipino,” Olalia clarified in her Facebook post showing a picture of her and the mayor.

She said the city recognized her work in assisting sick foreigners or migrants.

(I am not a Korean citizen but they gave me recognition because I live in Pocheon City and because I contributed for the betterment of the city like the Koreans, especially in helping foreigners who are suffering from illnesses.)

Olalia is the founder of Friends Without Borders Migrants Center based in Gyeonggi-do province in South Korea. The center assists migrants, many of which are Filipinos, facing human rights problems and welfare issues. Olalia was said to have visited them in hospitals, immigration and even detention centers.