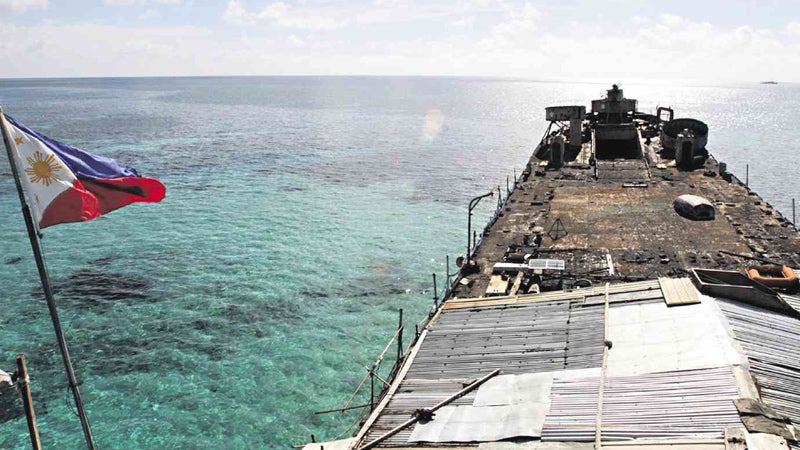 China was warned Thursday against trying to tow away the BRP Sierra Madre from Ayungin Shoal, as this could be considered an attack against the Philippines and prompt the United States to defend the country in keeping with their Mutual Defense Treaty. INQUIRER FILE PHOTO

MANILA, Philippines—China was warned Thursday against trying to tow away the BRP Sierra Madre from Ayungin Shoal, as this could be considered an attack against the Philippines and prompt the United States to defend the country in keeping with their Mutual Defense Treaty.

And should this happen, international law expert and University of the Philippines law professor Harry Roque said, the result could be a war in Asia.

“The result: the West Philippine Sea [dispute], unless China backs off, may trigger the biggest armed conflict in the region since the Vietnam and Indochina conflict,” Roque said in a statement.

Roque noted that the Sierra Madre has always been described as a “derelict,” but the government recently described it as a “commissioned naval vessel.”

A statement released by the Department of Foreign Affairs (DFA) on March 14 said, “The BRP Sierra Madre, a commissioned Philippine naval vessel, was placed in Ayungin Shoal in 1999 to serve as a permanent Philippine government installation in response to China’s illegal occupation of Mischief Reef (Panganiban Reef) in 1995.”

The Philippines says Ayungin Shoal is part of its continental shelf, over which it has “sovereign rights and jurisdiction” and by pointing that the Sierra Madre is a commissioned ship, the government “really wants to trigger the applicability of the Mutual Defense Treaty,” Roque said.

That is why China should “rethink” any plans to tow away the Sierra Madre, he said.

“Derelict, as it may be, it is subject to full sovereign immunity and any attempt to tow it away from Ayungin may finally trigger the applicability of the US-Philippine Mutual Defense Treaty,” he said.

And while the United States has said that the treaty may not be triggered by fighting in the West Philippine Sea because it does not recognize Philippine title to the area, this is not in the case when it involves a commissioned naval vessel, Roque said.

“An attack against a Philippine commissioned naval vessel may be sufficient for the purpose,” he said.

Asked whether he believed China had plans to tow away the Sierra Madre, Roque said China could have such plans, as it was now in the next phase of its 50-year maritime policy that includes “denying others possession of coastal waters” in the South China Sea.

Beijing is “determined to get as much as it could” in the South China Sea, he said.