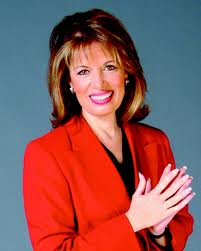 WASHINGTON, DC — The Chairman of the House Oversight and Government Reform Committee Darrell Issa agreed to hold a hearing into alleged Medicare, Medicaid, and TRICARE fraud by a for-profit hospital chain.

Congresswomen Jackie Speier (D-San Francisco/San Mateo/Redwood City) requested the hearing after claims emerged of potential Medicare and Medicaid fraud conducted by Health Management Associates (HMA), a for-profit hospital chain based in Naples, Florida, that is being sued by the U.S. Department of Justice.

“I appreciate Chairman Issa agreeing to hold a hearing on this important bipartisan issue,” Speier stated in a letter to Issa. “These federal programs are obviously vulnerable to fraud, which puts the health care needs of our seniors, our poor, our service members, and our veterans at risk.”

Speier added that “taxpayers have allegedly been ripped off by $600 million in this scheme and a full investigation by the Oversight committee should go toward protecting these valuable programs and the millions of Americans they serve.”

Since 2009, the DOJ has recovered more than $19 billion through False Claims Act cases, with more than $13.4 billion recovered from cases involving federal health care programs.

Speier and USCIS Reach Out to Citizenship Applicants

US solon vows help for RP over typhoons