• Movement was born when Filipinos started the 1965 Grape Strike 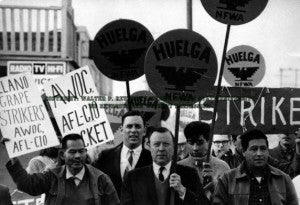 SEATTLE, Washington — The national leadership of the Filipino American National Historical Society (FANHS) hailed the appearance of United Farm Workers (UFW) co-founder Larry Itliong in the Hollywood biopic “Cesar Chavez,” but criticized its failure “to offer a nuanced and accurate history of the farm workers’ movement.

The society argues that “Chavez” it does not emphasize the importance of the historic multi-ethnic alliance between Mexicans and Filipinos in the UFW and in the movement that was born as a result the Filipinos’ 1965 Grape Strike.

“We respect Diego Luna’s vision of a film about the heroic rise of Cesar Chavez, but as a history of the farm workers struggle, the film falls short by downplaying, erasing and silencing the significant role that Filipinos and others played in the heroic struggle for farm workers justice in California,” says Dr. Dawn B. Mabalon, National Scholar, board member of FANHS, and associate professor of history at San Francisco State University.

“We understand that this is Hollywood and not a documentary, but the filmmakers still have a responsibility to ensure that the history they present is accurate,” Mabalon explained.

She said they had hoped that the film would show how Filipino strike leaders such as Itliong, Pete Velasco, Philip Vera Cruz, Ben Gines, Andy Imutan and Mexican leaders such Chavez, Dolores Huerta and Gil Padilla did the challenging work of organizing workers and creating and sustaining a coalition, “and how their strategies, cooperation and solidarity resulted in the nation’s first successful farm labor union, the United Farm Workers,” said Mabalon. “It does not.”

Mabalon’s 2013 book, Little Manila is in the Heart: The Making of the Filipino American Community in Stockton, California (Duke University Press), tells the story of the Filipinos’ farm labor struggles from the 1920s onward and the rise of Stockton’s Larry Itliong, a veteran labor organizer in California agriculture and Alaska salmon canneries.

In 1960, Itliong was an organizer for the predominantly Filipino union, the AFL-CIO’s Agricultural Workers Organizing Committee (AWOC). When Delano grape growers refused a wage of $1.40/hr, more than 1,500 AWOC members went on strike and walked out of the fields on Sept. 8, 1965.

When Mexican scabs took their jobs, Itliong convinced Chavez and the National Farm Workers Association (NFWA) to join the strike. On September 16, 1965, the NFWA voted to join the AWOC. In 1966, the AWOC and the NFWA merged to form the United Farm Workers Organizing Committee. Cesar Chavez was named director, and Itliong served as the UFW’s assistant director from 1966-1971. Philip Vera Cruz and Pete Velasco continued to serve on the UFW executive board. 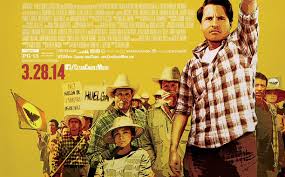 “’Delano Manongs,’ new books, more ethnic studies and the work of FANHS have brought the experiences of Filipinos in California’s labor movement to light,” states Mabalon.  “We need to make sure that our significant place in our nation’s history is not obscured or forgotten.”