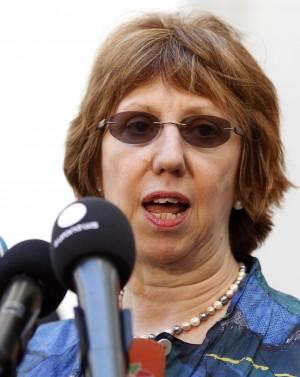 “I would like to extend my warmest congratulations to the government of the Philippines and the Moro Islamic Liberation Front for the signing of the Comprehensive Agreement on Bangsamoro,” said Catherine Ashton, EU High Representative for Foreign Affairs and Security Policy, in a statement issued Thursday.

Ashton said the event is a historic and welcome moment for the Filipino people and it will re-enforce the willingness of all parties to take the necessary steps to implement the agreement.

She added that as a long supporter of the peace process in Mindanao, EU will continue to support the agreement’s implementation.

The agreement, after 17 years of peace talks, is expected to end the relentless armed conflict in the region. It encompasses all the negotiated and signed agreements, including the framework agreement signed in 2012 and the four annexes and addenda that came after.

It will also be the basis of the soon-to-be Bangsamoro region’s basic law or constitution for the Muslim minority in Mindanao.

The establishment of the autonomous Bangsamoro territory will replace the existing political entity of Autonomous Region of Muslim Mindanao.
RELATED STORIES