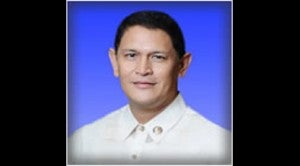 MANILA, Philippines—Too many foreign workers are apparently coming into the country illegally and taking jobs away from Filipinos, according to TUCP party list Rep. Raymond Democrito Mendoza, who said authorities must review labor and immigration laws to address the matter.

Mendoza has filed a resolution seeking an inquiry on the influx of improperly documented workers from abroad, to protect the interest of Filipino workers and their families.

He cited reports he had received that a multinational company has hired some 3,000 Chinese nationals to work in construction sites in Bataan and Batangas.

The workers, though, allegedly had no work permits from the government, he said. Foreign nationals working in the Philippines are required to get alien employment permits, as provided for under rules issued by the Department of Labor and Employment.

“The (case) shows the weakness of the government in the strict enforcement of labor and immigration laws,” Mendoza said in a statement.

He further said that foreign nationals would only be permitted to work in jobs if there were no competent, able, and willing Filipino nationals applying for the jobs.

But with foreigners sweeping in and snatching up jobs, many Filipinos are left scrambling to find work. He said this has had adverse implications on the construction and fishing industries, for instance, and on the overall unemployment and underemployment situation.

“The employment generation over the past two years has fallen short of the official goal of adding one million new jobs a year in order to absorb new entrants into the labor force,” he said.

A recent Social Weather Stations survey found that the number of unemployed Filipinos grew to more than 12 million in the last quarter of 2013. This came despite the 7.2 percent growth in the country’s gross domestic product last year.

Administration officials had attributed the increase to the numerous calamities that hit the country in 2013, including Super Typhoon Yolanda that leveled Leyte and Samar provinces to the ground.

Mendoza said the government should focus on providing decent jobs to Filipinos and leveling the playing field for Filipino job seekers.