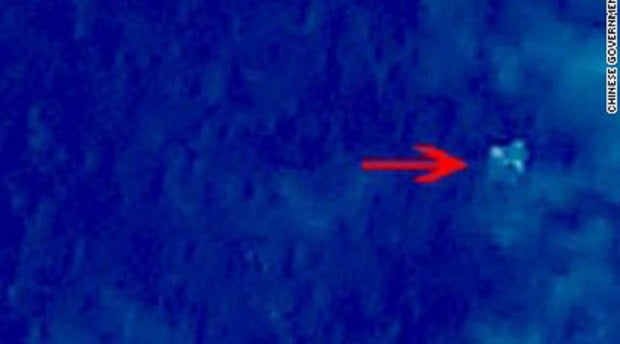 A Norwegian-flagged merchant vessel with a Filipino crew was the first to respond to calls to check out possible debris of the missing Malaysian jetliner in a remote area in the southern Indian Ocean.

The Department of Foreign Affairs (DFA) said on Friday that the local manning agency of vehicle carrier Höegh St. Petersburg had confirmed that 20 Filipinos man the vessel, the first to be sent to check out the possible debris on Thursday, being closest to the location.

“The local manning agency of vehicle carrier Höegh St. Petersburg confirmed that the vessel has joined in the search for Flight MH370 upon the request of the Australian Maritime Safety Authority (Amsa). The vessel is manned by 20 Filipinos. The vessel reports to Amsa directly,” Assistant Secretary Charles Jose, the DFA spokesperson, said.

Did they find anything?

In an update on its website, Amsa said the vessel was already in the search area. The report, however, did not indicate whether the vessel had found the two objects seen by satellite and reported by Australian Prime Minister Tony Abbott.

The objects were located some 2,500 kilometers southwest of Perth, Australia. One of the objects was 24 meters long and the other 5 meters.

Amsa said another merchant vessel was on its way to the site, while long-range aerial surveillance aircraft from the US Navy and the Royal Australian Air Force had been deployed to search from the sky.

In an interview in Manila aboard the USS Blue Ridge earlier this week, Vice Adm. Robert Thomas Jr., commander of the US Seventh Fleet, said the United States had sent a P-3C Orion and a P-8A Poseidon to scour the vast expanse of the Indian Ocean using the most advanced radars to spot floating debris from high altitudes.

Thomas spoke to reporters on Tuesday. He described the search for the missing plane to be like “mowing grass,” where the US surveillance planes must painstakingly scour the search area without missing a spot.

Describing the expanse of the search area, Navy Cmdr. William Marks, information officer aboard the Blue Ridge, likened the search to looking for “a few people somewhere between New York and California, and we don’t know where.”

Read Next
Hundreds invited to signing of Bangsamoro accord
EDITORS' PICK
Latest patient brings number of COVID-19 cases in Cebu to 29
Anne Curtis, Angel Locsin, and Gabbi Garcia: Celebrity tweets on the state of the nation
Senators on Duterte ‘shoot’ warning: ‘Let’s address hunger’ instead
Vico Sotto replies to NBI, asks for clarification
DOLE Bicol shells out P45.7M in aid for 9,000 displaced workers
Macalintal: NBI on ‘fishing expedition’ as no ‘genuine’ case vs Vico
MOST READ
Angelica Panganiban on endorsing Duterte in 2016: ‘Patawarin niyo ko’
PACC to NBI: Probe Robredo for ‘competing with national govt’ in fight vs COVID-19
PACC’s COVID-19 motto? ‘Lahat ng tutulong, ikukulong’ — Lacson
5 Filipinos on Forbes Asia’s “30 Under 30” roster
Don't miss out on the latest news and information.