A sad tale of conquest and betrayal 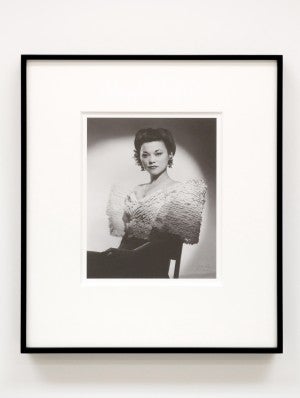 NEW YORK, NY—Armies of occupation seek their pleasures from the populations under their control, their gaze at once intrusive, inquisitive and possessive. In too many instances, that pleasure is bought or coerced, and rape becomes another means of extending dominion over subjugated bodies—a subject that has been examined in countless tomes and a scenario replayed endlessly wherever there are military bases in foreign countries. And even where no ostensible coercion is employed, the objects of desire are put in an awkward position.

Can there be true courtship, given that pursuit lies outside the normal parameters? And when there seems to be genuine reciprocity anyway, it comes tinged with the hint that the disparity in power and status may play a hugely influential role in swaying the courted one to say yes.

In the case of Isabel Rosario Cooper, a Filipina mestiza beauty, it is difficult, if not impossible, to ascertain the circumstances under which as a teenager she caught the eye of General Douglas MacArthur when he was assigned for the second time to the military district of Manila, from 1928 to 1930. He probably met her in some social setting, for Dimples, as Isabel Rosario was known, was starting a career as a screen actress. Apparently she was the recipient of the first Filipino on-screen kiss in “Ang Tatlong Hambog” (The Three Blowhards). Douglas was one of the brightest stars in the U.S. politico-military firmament at the time, the youngest to be appointed a major general. He had been first posted to the archipelago—where his father General Arthur MacArthur had served during the Philippine-American War—from 1922 to 1924, accompanied by his first wife, Louise Brooks (not the actress), a wealthy divorcée. By the time of the second posting, the marriage was over, and Douglas was therefore unencumbered in keeping a teenaged Cooper.

Such romantic liaisons with the local women were commonplace and while winked at, were officially frowned upon by the U.S. military. But there was one person whose disapproval, more than any institutional verboten, he feared most: that of his mother, Mary Pinkney Hardy. For the mighty general was a mama’s boy, and wherever he went she lived with him at his official quarters. (While Douglas was a student at West Point, Mary lived at a nearby hotel, a situation that was reprised later on, when MacArthur was appointed superintendent of the academy.)

Recalled to Washington in 1930, having been appointed chief of staff by then president Herbert Hoover, MacArthur arranged for Dimples to be lodged discreetly at an apartment in the tony Georgetown district of Washington, D.C. He ended the relationship with Dimples after four years, when Drew Pearson and Robert S. Allen, two journalists whom he was suing for libel, got wind of Dimples’ existence and threatened to reveal the relationship, of which Mama Mary was blissfully unaware, if the general didn’t drop the suit. Which he promptly did. Pearson and Allen had been critical of the government’s violent dispersal of several thousand Bonus Marchers—as World War I veterans were known, who had encamped near Washington’s Capitol in the summer of 1932—demanding the cash benefits they were entitled to as veterans. These were hard times, the bitter effects of the Depression still a grim reality for most. MacArthur had been in charge of the dispersal.

Rather than heading back to the Philippines, Cooper now a twenty-something, sought fame and fortune in Hollywood. But this was still a lily-white, racist Hollywood, and the best she could do was land bit roles—among others, as a squaw, a geisha and a Filipina nurse—along with countless wannabes, both white and of color, in such films as “The King and I” and a Charlie Chan feature. (The Swedish-American actor Warner Oland played the brilliant Chinese version of Sherlock Holmes, spouting fortune-cookie lines, in what was essentially yellow-face. The Charlie Chan series was an enormous success, with Oland reprising his role in 16 films). Belatedly realizing that her dreams were now simply ashes, the middle-aged Cooper killed herself with an overdose of barbiturates in 1960.

She is the subject of an exhibition at Chelsea’s Koenig & Clinton Gallery, by the L.A.-based Filipino artist Miljohn Ruperto, who is also included in the current edition of the Whitney Biennial. The exhibition consists of four elements: a series of head shots of the actress, shot by the Jose Reyes studio in Los Angeles; a screenplay written as a screwball comedy, with Dimples as the main character; a color video with an actress playing the role of Dimples in the confines of her Washington, DC, love nest; and film clips of Dimples as a bit player in several films. The last clip is of her doing a dance that in retrospect can be viewed as her rather forlorn farewell.

I asked the artist what he sought to portray here. Ruperto writes in an email that he was drawn to her story as her narrative presented a “particular intersection of colonialism, ghost story, Hollywood clichés, and body politics.” And, as it turns out, she was from the Manila neighborhood where the artist grew up: Paco. He makes it clear that he uses fiction and “’Hollywood’ strategies to oppose an historicizing process,” that in fact the “show isn’t part of a larger historical context of re-situating Asian American images and historical personalities.”

I asked him what he meant by that. He responded, “I just meant my project isn’t to fix Cooper in history. … My project is more like a medium’s where I call forth her ghost to haunt the present. So instead of clarifying the works themselves obscure instead.”

He does seek to free her “from a particular historical context and centering her.” This is most evident in the way that the black-and-white film clips have been re-mastered, if that is the right word. These altered clips make everyone else in the frame blurry; only Cooper remains distinctly recognizable.

As for the screenplay that visitors can leaf through at the gallery, Ruperto says it was deliberately written “in an anachronistic 1930s Hollywood romantic screwball comedy” and that “It exists solely as a screenplay and specifically written to resist actually being made today.”

He created a similar installation in digital video in 2006, in collaboration with another artist, Sun Tek Chung. In the piece titled “As Himself,” the cartoonish Japanese character played by Mickey Rooney, complete with buckteeth, in the otherwise delightful Audrey Hepburn starrer “Breakfast at Tiffany’s,” is replaced by an Asian male (the real article, this time).

This thought-provoking exhibition is well worth a visit, particularly for the viewer aware of the complex and often dark relationship between a colonizing United States and a Southeast Asian archipelago, where the bodies of islands offered up other bodies, to gratify Orientalist fantasies and conquistador wet dreams.

Men and Women for Others

Canary in the Mine

A typhoon of a different sort