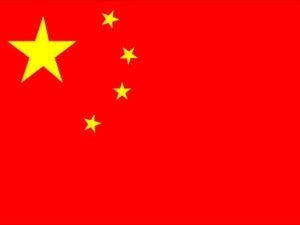 hina is strongly after Ayungin Shoal (Second Thomas Shoal) all because it is after a bigger catch that is Recto Bank (Reed Bank), a security expert said.

Golez is also a co-convenor of the West Philippine Sea Coalition. He attended the Philippine Military Academy and the US Naval Academy and served for 14 years as a Navy officer. He reached the rank of a Captain (equivalent of a colonel in the Army). He also served as a congressman.

Ayungin, a part of the West Philippine Sea (South China Sea) that is claimed by China, is 105 nautical miles from Rizal in Palawan and is well within the Philippines’ exclusive economic zone.

“The Philippines must prepare for China’s move on Ayungin, in the event the irrational, territorial minds in China prevail and they adopt a military solution to their Ayungin objective,” Golez said, adding that its desire to go after the Recto bank may hard the Philippines’ marine detachment there.

The Filipino presence in Ayungin is anchored on the BRP Sierra Madre, a rusty ship that was purposely ran aground in 1999. China recently warned the Philippines to abandon the shoal and prepare to face the consequences. This was after it blocked two Philippine civilian ships that were supposed to deliver supplies to its troops.

The Philippines however, insisted that Ayungin is part of its territory and maintained that it would continue to send supplies to its soldiers there.

Golez said that China’s posturing in the West Philippine Sea gives it access to the rich resources in the area.

“(Ayungin) is very close to Panganiban Reef (Mischief Reef) and a Philippine military presence there is a threat to China’s illegal occupation of Mischief Reef. China’s military occupation of Ayungin would give them two stations mutually supporting each other. Ayungin would be a very potent part of their “string of pearls” to the East of the South China Sea with its northernmost outpost and in strategic Scarborough Shoal,” Golez said.

The goal is Recto Bank

China is aggressive because its more important goal is the seizure of Recto Bank.

“But China’s more important goal is the seizure of Recto Bank, this huge oil rich table mount owned by the Philippines, just off Palawan, and long the subject of proposed oil exploration by the Philippines as early as in the 1980’s even before the Malampaya facility. But work was halted because of China’s bullying tactics.”

Recto Bank is even closer to Palawan than Ayungin Shoal as it is about 80 nautical miles west from mainland Palawan. The Department of Energy previously said that this resource-rich area holds more gas reserves than Malampaya, the Philippines’ largest natural gas producer.

Malampaya, which has 2.7-trillion cubic feet of reserves, supplies 40 percent of power that provides electricity to Luzon and is estimated to run out in 10 years. Golez said that based on a report by United States Energy Information Administration, the Recto Bank could hold up to 5.4 billion barrels of oil and 55.1 trillion cubic feet of natural gas.

Golez suggested that the Philippines should hasten building its defensive capabilities to protect the area, noting that “brand new frigates and the FA-50s from South Korea would only be available in three to four years after the orders are consummated.”

“We needed that credible, potent defense capability yesterday,” he said.