Rise in prostitution feared with return of US troops 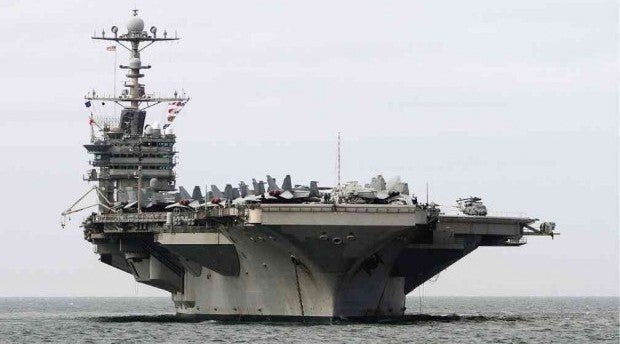 SAN FERNANDO, Pampanga—A women’s group has warned that the increased presence of United States troops in the country would result in the “increased prostitution” of Filipino women.

She said  the “sex trade” appeared to be the “sales pitch” of United States Ambassador Philip Goldberg and Olongapo City Mayor Rolen Paulino, based on the announcements they made following a closed-door meeting the two had in the city last March 3.

Goldberg thanked the Philippines for “its support for increasing the number of US troop visits to Olongapo and expanding the liberty area for visiting US sailors,” Gomez told a rally commemorating the International Women’s Day this week.

Gomez said Paulino had “preempted” the results of the negotiations for a new agreement on enhanced defense cooperation between the US and the Philippines when Paulino announced that the number of US Navy vessels docking at the Subic Bay Freeport would double. Tonette Orejas, Inquirer Central Luzon

Palace: No need for Senate to ratify new US defense deal

ADVERTISEMENT
Read Next
Korean soldiers help rebuild lives ruined by ‘Yolanda’
EDITORS' PICK
DILG to stranded workers: ‘Stay where you are’ until Luzon-wide quarantine is over
BREAKING: 1,075 people in PH has coronavirus disease – DOH
Style and music journeys with Claudia Barretto
UP-PGH wards for COVID-19 patients finished in 5 days
IATF: Food firms to operate with 50% of workforce during Luzon quarantine
Cebu City closes its borders
MOST READ
Pacquiao to seek probe on leaked private letter from Barangay Dasmariñas
Tootsy Angara bares neighbor wanted them out of village
All 3 COVID-19 positive patients in Bicol sent home
BREAKING: 1,075 people in PH have coronavirus disease – DOH
Don't miss out on the latest news and information.