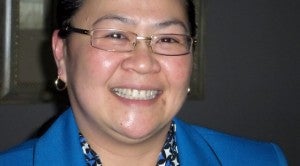 LAS VEGAS, Nevada — In a show of growing political muscle, three Filipino-Americans are seeking elective office this year amid increasing evidence that the community is surging in numbers.

Of the three aspirants, Cheryl Moss, who is running for her fourth term as a District Court judge, is the most well known. The two others are running for a seat in the Nevada Senate and in the Assembly, both from the same district.

Ron Quilang, a Republican, is seeking the post in the Nevada Senate representing District 9. Joe Tinio, a Democrat, is running for a seat in the Nevada Assembly, also from District 9, where many Fil-Ams live.

“It’s a sign of our growing political maturity as a community,” said Rozita Lee, a member of the White House Commission on Asians and Pacific Islanders and a longtime Filipino American leader. “It’s great to see folks seek public office and represent our interests.” 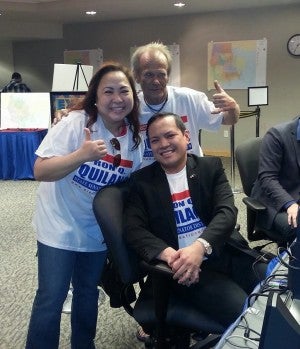 Moss, the grandniece of the legendary Rudy Oquendo, one of the first Filipinos to settle in Las Vegas and after whom a city street was named, is seeking her fourth term as District  Court judge, Family Division, Department 1.

In 2000, she ran for the first time, and won with heavy support from the Filipino-American community. She ran and won again in 2002 and 2008.

“The Filipino voters now feel they have a purpose for going to the polls,” said the 47-year-old Moss.  “They feel they now have a say in government politics. They feel more confident as a growing powerful voting block to support candidates that would best represent their interests.”

She said that Filipino-Americans have a better appreciation of the importance of voting, of participating and getting involved in politics, and are more confident in their decisions to enter political races.

In the last few years, immigrants from Asia, including from the Philippines, have outpaced Latinos, the traditionally largest group of new arrivals.

And the biggest group of immigrants coming to Nevada from outside the United States — both legally and illegally — are not Latino, according to Census Bureau data released last month.

Immigrants from Asian almost double the immigrants from Mexico and Central America, according to the Census Bureau’s County-to-County Migration Flows data based on its annual American Community Survey. 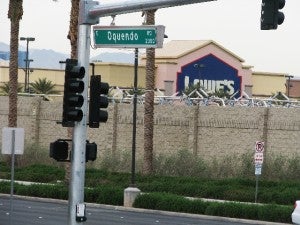 Robert Lang, director of Brookings Mountain West at the University of Nevada, Las Vegas, said there are a few major job magnets for Southern Nevada that pull employees from Asia

One is health care. The Las Vegas area lacks about a third of the health care workers it needs to support the population it has, so it draws heavily from overseas, especially from the Philippines, where it gets a lot of nurses, said Lang .

“The Philippines puts nurses through a serious science program,” he said.

Some hospitals here, including the Rose Dominican group of hospitals, have recruited heavily in the Philippines a few years ago, and nearly half of its 1,500 employees are Filipinos.

Another employment draw is gaming. Singapore and Macau are undergoing major gaming expansion, and there are corporations connected to those places and Las Vegas, so there is natural exchange of workers and managers, Lang said. 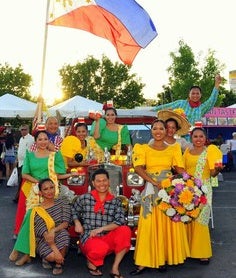 There’s also the gaming manufacturing business. The No. 1 user of green cards to get foreign workers is UNLV, but No. 2 is Konami Gaming based in Las Vegas, said Lang  “They get engineers, people with high-technology skills and other highly skilled workers from Asia.”

Official 2010 Census say there are about 30,000 Filipinos and Filipino-Americans in Las Vegas, but unofficial estimates put the number at as many as 100,000.

Their presence is obvious in hospitals, schools, casinos, churches, shopping malls and groceries. They seem to be everywhere. On weekends, you’d think Seafood City, a popular grocery on Maryland Parkway, is a shopping center in Makati.

The influx of Filipinos have even forced the Clark County Department of Election to included Tagalog among the languages used for ballot and related election materials.

Section 203 of the Voting Rights Act mandates that if a minority group reaches 10,000 citizens who are not proficient in English – or those limited-English speakers become five percent of the citizen voting-age population – voting materials must be available in their language.

The determinations are made every ten years following the census. Data released last October revealed that Filipinos in the U.S. reached that threshold in four new jurisdictions, including Clark County, of which Las Vegas is located.

According to the 2010 Census, there are 98,351 Filipinos in Nevada, the largest Asian population. Asian and Pacific Islanders total 195,436 or 7.2 percent of the state’s 2.7 million population.

But because most Filipino-Americans are fluent in English, however, there was not much use of the Tagalog ballots in the last general elections, according to Clark County election officials.

The Tagalog ballots are not expected to give Moss, Quilang and Tinio any edge against their opponents.

Quilang, who owns his own business, is in a crowded four- man Republican field in the June primary. The winner will face Democrat Justin Jones, the incumbent, in the general election in November.

“As a longtime resident of Las Vegas, I understand the unique circumstances that residents face every day.  Although I am not a career politician, I am a husband, father and small business owner,” said Quilang in a statement.

“Through personal and professional experiences these roles have heightened my awareness, understanding, compassion and self initiative,” said.

Tinio, a seniors advocate who heads the Adult Care Providers of Nevada, is also in a crowded race for a Nevada Assembly seat, with two other Democrats.

Up for grabs is a two-year term, with the winner in the Democratic primary facing unopposed Republican David Michael Gardner. The winner will serve the remaining two years of Andrew Martin’s term.

Although winning is not a certainty, the participation of Moss, Quilang and Tinio reflect a more visible role for Filipino-American in Nevada politics.

Judge Cedric Kerns, whose mother is Filipino, was the first Fil-Am to be elected in Nevada’s history when he won a seat as a municipal judge in 1997.

Moss said she’s proud that one of her relatives was one of the first Filipinos settlers in the valley,

A grandaunt was one of the first Filipino teachers in Las Vegas, and both of her parents were doctors. Rudy Oquendo, the granduncle was a deputy sheriff, who died in 1964.

“The legend was that Uncle Rudy won a significant sum of monies in Keno and he donated a portion of it or half of it to a children’s home or orphanage,” said the 47-year-old Moss. ” Thus, Oquendo Road was named after him.”