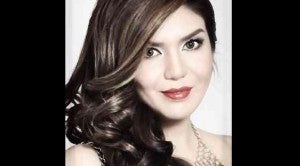 Annie Batungbakal, meet Jessy, the peripatetic Pinoy saleswoman in New York. She travels from one customer to another, office to office, party to party. She has neither storefront nor website. Her business model runs on word-of-mouth, fueled by social media. Sometimes, she invites a group of working ladies to her showroom in her Jersey City home for drinks at a “Prada Party.” To those who cannot come, there’s the constantly updating Facebook page, Jessy Couture, which lists her merchandise with snappy visuals.

Designer handbags may seem overpriced at thousands of dollars a pop, but Filipino-American Jessy Daing Musbeh knows how to make them “within reach” of the average American woman: Her price is less expensive than retail, and she offers layaway—in Pinoy lingo, ‘hulugan’  or ‘gives.’

Imagine owning the ultimate prestige brand, a Birkin, in six ‘gives’ or monthly installments. No need to go to an Hermes’ shop in Manhattan, where the sales staff is likely to serve you more attitude than attention. Of course, one-time payment is always the best option, but some women cannot just drop a grand on a Dior lambskin clutch. Consignments? She would gladly do them.

“I make sure that authentic designer handbags are within reach,” Jessy said in an interview with The FilAm.

Many of her customers are Asian women, mostly Filipinos and Vietnamese, who know how to make the dollar go a long way. They also know that authentic designer handbags are no longer just fashion accessories to match the shoes. These lavish leather can be a hedge in an unstable economy. They are now accepted at many pawnshops for those looking for quick, short-term funds.

“I’ve been an entrepreneur since I was a kid,” said Jessy who has the charm, the classy looks, and the silver tongue of one born to move merchandise. It’s not just handbags. There’s also makeup, shoes, Rolex watches and diamond jewelry, which she sells with a personal touch.

As a kid, her first ‘sale’ was a name tag her school required each student to wear. Hers was no ordinary white cardboard with a name slapped on it; it had borders and flowers and butterflies. Soon her classmates were asking her to make them pretty name tags too and offering to pay for them.

Trust. Jessy is oozing with it and stores much of it in the Louis Vuitton suitcase she carries with her when she makes a sales call. “It’s all about trust,” she said. “Many of my customers are referrals, friends of friends.”

In the Vietnamese community, the name “Jessy” is synonymous with affordable designer labels.

“My Vietnamese friends are saying, ‘you want to buy a Gucci, call Jessy,’” she laughed as she was sharing this bit of anecdote, more so at the thought that she may have a following within the Vietnamese-American community. “Wagas!” That’s her favorite expression which means “so true.”

Jessy has not always been the ‘social butterfly’ that she has become since she got into the high-end accessories business. Six years ago, she was in a relationship with a Filipino man who was controlling and ill-tempered. After three years—the final straw was another beating incident after they attended a party—she finally got the courage to end it, remembering the exhilaration she felt hearing his thuggish, expletive-spewing voice fade in the background as she left and walked away.

“I was a battered girlfriend,” she said with a glint of sadness to her smile. “But I was able to break free and start all over.”

She met her husband, Alli Musbeh, an American-born of Palestinian descent, at a club where her friends would take her as she was recovering from the split. They have a 2-year-old son Kaeden.

Alli, a Jersey City native, runs a grocery store in nearby Union City. Theirs is a marriage of two business-savvy entrepreneurs. While Jessy is more impromptu with some of her business decisions, it is Alli who is the voice of caution and due diligence. Through it all, selling is just a side business. Jessy works in the construction industry where she is an administrator who oversees projects from bidding, pricing to planning all the way to finish.

It could also be a gift. This unique ability to get people to make a purchase, or as the cliché calls it, “sell ice to an Eskimo.” Jessy’s parents are both doctors, but her father is more, in her words, the “jeprox” type, who is sort of unconventional, wore his hair long uncharacteristic of one who works in a hospital. She is sure she got her brazenness from her dad.

Four years into the business, Jessy has mastered a lot of things about her trade. Authentication is one of them. She can tell an imitation Gucci from a real one and extends that knowledge to all of her brands. The smell and feel of genuine leather is something she knows all too well, the stitchery style, the metallic accents. There’s more to designer names than just the price tags.

(This article is being reposted with permission from FilAmnet http://thefilam.net/archives/14027?)

Read Next
Passport stamps don’t lie
EDITORS' PICK
Current dominant strain of COVID-19 more infectious than original—study
Water remains our saving grace right now
EuroMillions Superdraw: A lottery draw unlike any other is coming to the Philippines
DOLE: Return of OFWs’ remains from Saudi to be ‘delayed,’ deadline moved to ‘early next week’
Smart releases Hyun Bin’s second TVC
‘Justice will be done,’ Duterte assures as he vowed probe on Jolo incident to bare ‘truth’
MOST READ
Locsin warns of ‘severest response’ if China’s army drills in SCS ‘spill over’ to PH domain
Duterte tells military: No other president looked at you the way I did
Man who stole 2 cans of luncheon meat lands in jail in Manila
VP Leni Robredo: ‘Remember, you were made for these times’
Don't miss out on the latest news and information.