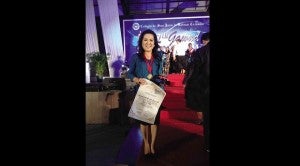 JP, married with two children, is a marine officer in a cruise line.  His wife hates the idea of separation, even a temporary one. She opposed JP’s decision to work as a seafarer. But JP promised his wife that it would not take long. He needed to earn a substantial amount in a short period of time to pay off their debts and enroll their children in good schools.

But promises can be broken. JP met a fellow seafarer, a single lady with whom he had a serious relationship.

Is it really true that the wife is always the last to know? JP kept his extramarital relationship a secret. But every time he returned for a vacation, he spent most of his days out of the house instead of spending time with his family. He had ready alibis such as attending training courses and seminars, renewing his documents, doing office work, among other things. There were times that he would not go home for two or three days.

The last time his wife can recall their being together as a family was when she and her two children brought her husband to the airport. She said they were all very sad. They were crying when they bid goodbye to JP.  But the next day, a friend informed her that she sighted her husband at a mall with a lady.

She only dismissed the report and even defended her seafarer husband. It was impossible, she thought, because she had taken her husband to the airport just the day before. He was probably a lood-alike, she told her friend.

After eight months, another contract was finished.  It was vacation time again. As usual, JP was always out of sight. That was the time somebody advised the wife to check her husband’s passport, to validate the arrival date stamped by the immigration officer including his departure date the last time she accompanied him to the airport.

Even if wives seem to be always the last to know, they can be good investigators as well.

So she looked for JP’s passport. And to her surprise, she discovered that her husband arrived a week earlier, contrary to the date that he declared to his family.

As for his last departure date, the passport indicated that the seafarer left four days after she and the children had taken him to the airport.  Her friend was correct when she reported that she saw her husband with a woman, a day after his supposed departure.

JP’s wife was fuming mad when JP went home that day. According to her, she did not wait a minute and immediately confronted him about his lying. The seafarer was trapped and admitted that he was in a relationship with a fellow seafarer, and they already had one child, aged five.

He also confessed that every time he was on vacation, his girlfriend was also with him and they stayed at the girl’s province to be with their child.

The wife accepted the fact that her man had fooled her all those years. But with her children in mind, she made a deal with JP: She would not file legal action against him if he would continue to support their family, and see the children through college.

JP agreed but again, was never true to his promise. Although he pays the tuition fees of the two children directly to their schools, the wife receives only P4,000 monthly, and it was course through JP’s family.

She now wants to seek legal action, and she has sought the assistance of Bantay OCW. Our maritime lawyer Dennis Gorecho agreed to handle the case.

Susan Andes, also known as Susan K., can be heard over Inquirer Radio dzIQ 990 AM, Monday to Friday, 10:30 am-12:00 noon. Audio/video live streaming is at www.ustream.tv/channel/dziqE-mail: [email protected]/[email protected]