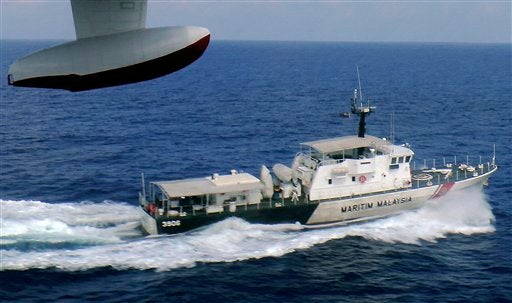 MANILA, Philippines — Two military planes and three ships have scoured a vast portion of the West Philippine Sea over the weekend, but have failed to detect any sign of the missing Malaysian Airlines plane, the Armed Forces of the Philippines (AFP) said on Sunday.

AFP Chief of Staff Emmanuel Bautista said the military had sought the assistance of Filipino fishermen in the Kalayaan group of islands in looking for the Beijing-bound Malaysian aircraft, which suddenly lost contact a few hours after it left the airport in Kuala Lumpur.

He said an Air Force Fokker aircraft momentarily ended its flight on Sunday, “due to cloudy weather” in the area.

“We stand in solidarity with our Asean brothers. Whenever anyone of us needs help, we are ready to contribute in any way we can.  That is the Filipino spirit of bayanihan. That is the spirit of the Asean,” Bautista said in a statement.

A C130 military plane has been placed on standby to provide backup for the two fixed-wing aircraft, he added.

“Our planes had just concluded three sorties since Saturday, but so far there had been negative sighting (of the missing Malaysian aircraft),” Deveraturda said.

He said military personnel involved in the search and rescue operation was mapping out a new search route to find the disappeared Malaysian plane.

“(The pilots) will make a new search pattern because our analysis is that there seems to be a possibility (that the Malaysian aircraft) veered away towards the east direction,” he said, adding:

“We’re doing this because there is no word yet confirming that the plane has been found. While the probability is very slim, who knows we might find it. That’s why we are participating in the search.”

China-bound Malaysian jet vanishes with 239 aboard