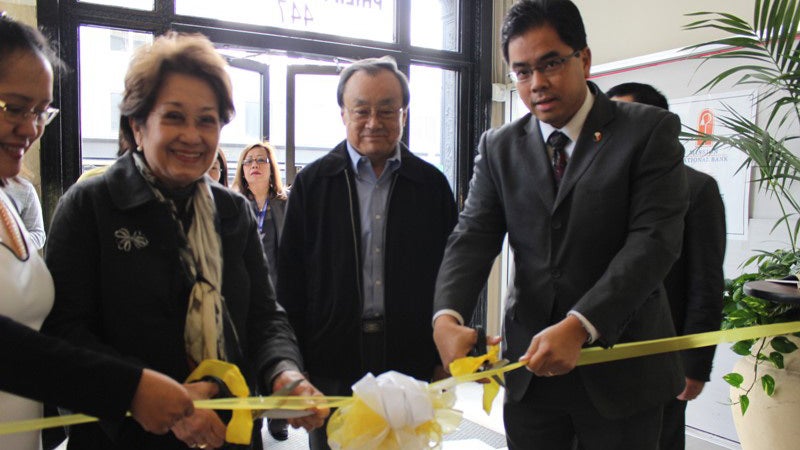 SAN FRANCISCO, California — Drawing on his own memories of EDSA, Father Arnold Zamora, parish priest at the Holy Name of Jesus Parish in San Francisco, celebrants of the 28th anniversary of the People Power revolution that although those who participated in the popular uprising 28 years ago would eventually pass on, “EDSA is forever.”

Fr. Zamora explained that the spirit of EDSA would live on in the spirits of those whose love of country impelled them to act in its best interests. A small group of Filipino community leaders gathered at the Social Hall of the Philippine Center as he officiated an intimate commemorative mass, organized by the Philippine Consulate General in San Francisco.

“Our theme this year, Kapit-Bisig Tungo sa Pagbangon, recalls the spirit of unity and love of country that spurred ordinary people to rise to the occasion and overcome the challenge of the times,” Acting Head of Post, Consul Jaime Ascalon said, addressing the audience following the mass. “Today, we are facing a similarly challenging situation, as our country works to rebuild the communities and areas that were affected by Typhoon Yolanda.”

Earlier that day, Ascalon was joined by Mr. Ken Kashiwahara and Mrs. Lupita Aquino-Kashiwahara in opening an exhibit of Pulitzer Prize winner Kim Komenich’s photographs of the EDSA Revolution, loaned from the collection of UC Berkeley’s Bancroft Library.

“We are privileged to have these photographs,” Ascalon told the assembled viewers. “As of today, there are still many of us who were there, who were personally involved in the events that unfolded over a series of days along EDSA. We all know, however, that as time goes by, our community will be comprised of people who no longer have personal knowledge or memory of the event … [they will need to] depend on documents and photos such as these to understand the emotional and political heft of the events of those days.”

The photo exhibit, which is open for public viewing during office hours, is located at the ground floor of the Philippine Center at 447 Sutter Street in San Francisco. The exhibit will run until next Tuesday, 4 March. Visitors are invited to leave their remarks and recollections of EDSA in the guestbook.  END.