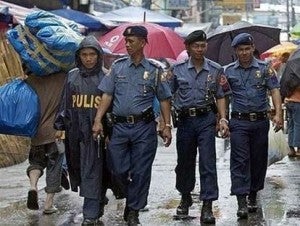 MANILA, Philippines—The Philippine National Police Anti-Cybercrime Group sees separate groups of European nationals as the brains behind the rampant cloning of ATM cards in the Philippines.

Amid the increasing number of ‎ATM thefts over the last year, the PNP ACG vowed to continue and intensify its surveillance on the modes of operation and profile of syndicates involved in ATM card cloning.

Senior Superintendent Gilbert Sosa, PNP ACG chief, said in an interview that European groups may have been the ones deploying the “electronic mules” to illegally withdraw cash from ATM booths.

“Although we are still not sure if these groups are interrelated, what we are sure of is that they are Europeans,” he said.

Some of the major groups, according to Sosa, are “organized,” operating like an “organization and businesses with hierarchy.”

These “corporations” hire e-mules to do the withdrawals, ‎hackers to obtain personal data of prospect victims, programming experts to create malicious software and computer viruses.

Proving the existence of international groups in the country, Sosa pointed out that local criminal groups cannot pull off the illegal scheme alone without connections outside ‎the Philippines.

“If you examine the gadgets they use in cloning ATM cards, it’s apparent that these are not produced locally,” he said.

Recently, the Bangko Sentral ng Pilipinas ‎bared that in 2013, an estimated P220 million was lost from at least 1,272 reports of cases of ATM cloning.