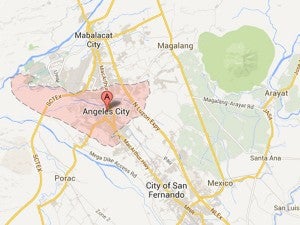 ANGELES CITY, Philippines–A South Korean tourist died after he was shot by one of two men on a motorcycle in Barangay Anunas in this city on Tuesday night, police said.

Investigators said the victim, Her Tae Suk, 65, was walking toward the Prism Hotel on Clarkview Avenue with three other Koreans at 7:45 p.m. when the assailants  approached them. One of the men then drew a  9-mm pistol and shot Her several times.

Police have yet to determine what prompted the attack.

The Korean Community Association of Central Luzon, which has offices at “Korean Town,” a district on  the Fil-Am Friendship Highway where most Koreans in the city live, has been airing its concern about criminals victimizing South Koreans living in this city and other parts of the region.

Last month, two men on a motorcycle shot and wounded a Korean. The killers  took  $20,000 the Korean had withdrew from a bank in Angeles City.