Fil-Am asked to stay on in presidential commission 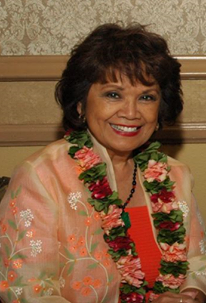 LAS VEGAS—A well-known leader of the Filipino-American community here has been asked to stay on in a presidential commission on Asians and Pacific Islanders.

Rozita Lee, originally from Hawai and of Filipino descent, was asked to remain on the panel that advances issues affecting the estimated 11 million Asian Pacific Americans.

The 79-year-old Lee was first appointed to the Advisory Commission on Asian Americans and Pacific Islanders in September 2010. Her term was supposed to end in October last year, but the commissioners were asked to remain until replacements are named.

“It’s an honor to stay in the commission and continue to serve the community,” said Lee, who is also active with the National Federation of-Filipino American Associations (NaFFAA) and the Las Vegas Hawaiian Club.

Among the 20 commissioners is another Filipino, Hector Vargas, who represents the LGBT community.

“Thank you for your support and participation through the years. I truly appreciate you. Please continue to call me with concerns about our communities that I can share with the Commission and the President,” Lee posted on her Facebook page.

“I will be attending a special meeting at the White House next month,” she said.

“You are and will remain an inspiration to us,” said Marilyn Ante of the Asian American Labor Alliance.

In December, Lee helped the Filipino-American Chamber of Commerce of Greater Nevada sponsor a concert that raised about $8,000 for the victims of Super Typhoon Yolanda (international name: Haiyan). This weekend, she will help celebrate the Chinese New Year in festivities in Las Vegas Chinatown.

Currently busy helping enroll people for the Affordable Care Act, she said her next focus will be on immigration reform and voter registration.

“We don’t have any elected Filipino-American in Nevada,” she said. “We have the voting numbers. We have the largest population among Asians, but we have no elected officials, except a couple of judges.”