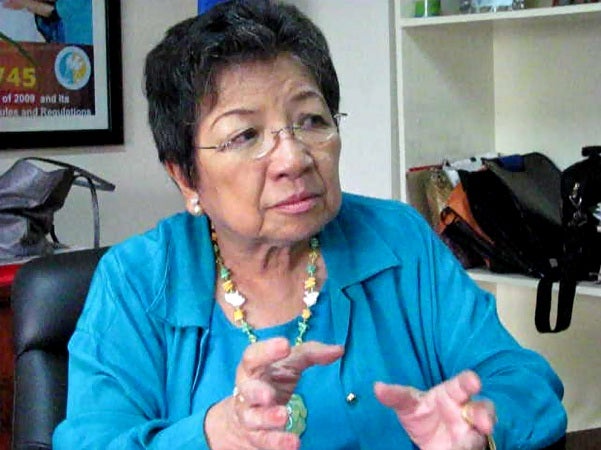 Commission on Human Rights chair Loretta Ann Rosales (in photo) urged about 2,000 martial law victims to inform the Hawaii district court about the deletion of their names from the original list of claimants entitled to indemnification from the Marcos assets. INQUIRER.net FILE PHOTO

MANILA, Philippines—The names of about 2,000 martial law victims had been removed from the original list of claimants entitled to indemnification from the Marcos assets, prompting Commission on Human Rights chair Loretta Ann Rosales to urge them to inform the Hawaii district court about the deletion.

In a talk with the Philippine Daily Inquirer, Rosales said that the list was down from the 9,539 petitioners who signed the class suit against the Marcos estate in Hawaii to 7,526.

She said it was the Hawaii court that made the final list of beneficiaries after those included in suit failed to confirm their identities or reply to the second letter issued by the court.

Beneficiaries who received the P50,000 compensation in the first tranche will receive a second tranche of part of US$10 million paid by the new owner of the Claude Monet painting discovered sold by former Marcos aide in New York last year from February 3 to 5.

Rosales said those who did not answer the second letter have probably changed address but failed to inform the court.

She said that in 2013, Rosales wrote to lawyer Bob Swift about the complaints that the names of several claimants were deleted from the list but the latter said the court’s decided to rely only on the number of claimants who heeded the second letter.

“This is a common concern expressed by everybody, including myself, because I know of so many claimants whose names have been deleted by the court from the list,” Rosales said.

She said she would be willing to testify in Hawaii court as to the veracity of the claims if asked to do so.

“It’s not as if may daya (there is fraud) or anything. This is part of the rules of the court,” she stressed.

Rosales urged the claimants who had been omitted from the first list to write the judge in Hawaii and explain why they had failed to respond to the second letter and provide the court with their new mailing addresses.

She said the CHR would continue to fight for the restoration of the bona fide claimants with the Hawaii court and urge it to set aside technical differences on this matter.