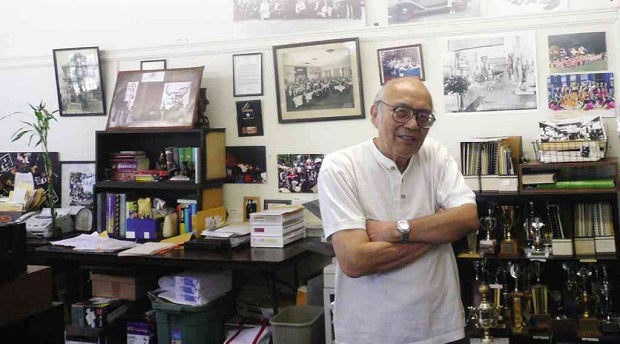 When I first proposed the name Fred Cordova as the keynote speaker for the First Global Filipino Networking Convention, held in San Francisco in 2002, there was a quizzical look on the faces of the planning committee members. “Who’s he?” they asked.

Fred Cordova, I informed them, was the founding president of the Filipino American National Historical Society (FANHS), the author of the best-selling book “Filipinos: Forgotten Asian Americans” and the person most responsible for why the United States celebrates October as Filipino American History Month.

The members readily agreed that Fred’s voice needed to be heard at the convention and he did not disappoint. In his keynote speech, Fred traced the empowerment movement of Filipinos further back to the 1930s when Filipinos held unity conferences to band together to fight discrimination in America.

In retrospect, I should not have been that surprised the local folks were unfamiliar with the Seattle-based Fred Cordova. While there are approximately five million Filipinos in America, considerably higher than the official 2010 US census figures, we do not all live in the same community and not just in a geographic sense.

Filipinos in the United States live in a world of parallel universes, with the inhabitants living in the same time and space but in different planes without interacting with each other.

One world in this parallel universe is occupied by Filipino Americans who were born and raised in the United States but who do not speak Tagalog or any of the 171 Philippine dialects. They feel alienated when they participate in Filipino community events where Tagalog is principally spoken. Unlike the Chinese community, no organized effort to teach Tagalog to Filipino American children has been adopted by the US Filipino community. The people in this world view themselves as Americans of Philippine ancestry.

The second world in this parallel universe is inhabited by Filipino immigrants who speak Tagalog and who regularly watch Philippine TV shows on satellite stations like ABS- CBN’s The Filipino Channel, which reportedly has 250,000 cable subscribers in the United States. Even when they obtain US citizenship, the inhabitants of this world still view themselves as immigrant or diasporic Filipinos, perpetually joined at the hip to the Motherland. 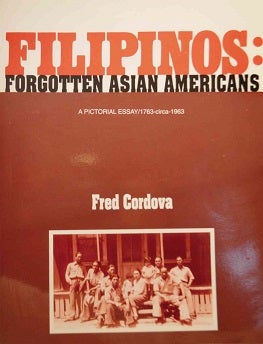 THE WORD “Pinoy” was first used by Filipino migrant farm workers to refer to themselves in the 20s and 30s.

Fred lived in one world for 72 years and then, after he became an ordained deacon of the Seattle Catholic Archdiocese, ventured into the other world to minister to the spiritual needs of Filipinos throughout Seattle.  There he met regularly with Filipinos who have lived in Seattle for 30 years and yet never heard of him even though he has written regularly for mainstream Seattle newspapers and has appeared on Seattle television shows.

Fred was born in Selma, California, on June 3, 1931. His mother, Margarita Pilar, came to Hawaii as a farm worker at the age of 12 in 1912. When she was old enough, there was no shortage of men who courted her as the ratio of Filipino men to women among migrant workers then was about 14 to 1. Margarita bore eight children from her relationships: Feling, Catherine, Pauline, Sam, Don, Fred, Phil and Ernie.

At his mother’s request, Fred was adopted by her friends, Leoncio and Lucia Cordova, migrant farm labor contractors based in Stockton, California. Fred grew up in Stockton at a time of heightened anti-Filipino racism as depicted in the infamous photo of a Stockton hotel which displayed the sign “Positively no Filipinos allowed.”

In 1948, Fred enrolled at the Jesuit-run Seattle University (SU) where he met “Homecoming Queen” Dorothy Laigo, also a second-generation Fil-Am. Together, they formed a campus group called The Pinoy Club.

Long before it gained widespread usage in the Philippines, “Pinoy” was how Filipino migrant workers in the 1920s referred to themselves.

After graduating from SU in 1952, Fred worked as a copy boy/reporter/editorial secretary at the Seattle Post Intelligencer and as the sports editor of the Catholic Northwest Progress. Fred would later work as director of public information at SU in 1966 and as manager of news and information at the University of Washington in 1974, a post he held until he retired in 2000. Fred was also an associate professor at the University of Washington teaching Filipino American history and culture.

Fred and Dorothy were married in 1953, and together they raised eight children.

Even though they had their hands full raising their kids, Fred and Dorothy still found time to form the Filipino Youth Activities of Seattle (FYA) to provide after-school programs for Filipino American children. In these programs, Fred and Dorothy taught the children Philippine history and culture to instill pride in them about being Filipino. Fred even learned how to write in the ancient Philippine alphabet, the alibata, which he taught young Filipino Americans.

I first met Fred and Dorothy in August of 1971 when I went up to Seattle to attend the “Young Filipino People’s Far West Conference” which their FYA group had organized at SU. With the theme “Quest for Emergence,” the conference sought to bring together young activists who were asserting their distinct identity as Filipino Americans, “a minority within a minority within a minority.”

The Seattle conference, which drew close to 400 delegates from all over the West Coast, inspired the holding of annual Filipino American youth conferences throughout the West Coast.

FANHS now has 30 active chapters throughout the United States with national conferences held biennially—two years ago in Albuquerque, New Mexico; this year in San Diego, and New York City set for 2016.

One FANHS member (later president), Marina Espina, authored “The Filipinos of Louisiana” about the Filipino settlements that were established in the Louisiana bayous of Barataria Bay in 1763. An article about these pioneer Filipinos entitled “The Mahogany-Colored Manilamen of Louisiana,” written by Lafcadio Hearn, appeared in Harper’s magazine in 1885.

The first FANHS board of trustees, with 27 members from 12 states, convened on Nov. 1, 1986. It was also then when Fred secured FANHS approval for the creation of the National Pinoy Archives.

In 1991, Fred pushed FANHS to pass a resolution calling for October to be observed as Filipino American History Month in the United States. To this end, FANHS lobbied to place a historical marker in Morro Bay City, California, to commemorate the landing of Filipinos there. On Oct. 21, 1995, Morro Bay Mayor William Yates officially dedicated the FANHS historical marker in his city.

Due to FANHS lobbying, California officially declared October the Filipino American History Month in 2009, and a year later, the US Congress followed suit.

After celebrating his 60th wedding anniversary and nearly completing his 400 page book on the history of Filipinos in America, Fred suffered a stroke—his third—on Oct. 31, 2013. His health deteriorated. He died at the age of 82 in his beloved city of Seattle on Dec. 21, 2013.

Nine priests, including the Archbishop of Seattle, concelebrated the funeral Mass for Frederic Cordova on Jan. 11, 2014. Despite pouring rain, more than 1,500 people filled the Immaculate Conception Church to pay their final respects to the man who made Filipinos in America proud of their history and heritage in the Philippines and in the United States.

Rodel Rodis is a California attorney who serves as the general counsel of the National Federation of Filipino American Associations and previously served for 18 years as an elected member of the San Francisco Community College Board. He taught Philippine History and the History of Pilipinos in America at San Francisco State University and is a trustee emeritus of the FANHS.