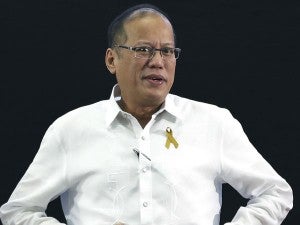 Two hundred forty Filipino-Canadians had plenty of sun, sand and sea during their six-day visit—from Jan. 18 to 23—to the islands of Panay and Guimaras, which, like the rest of the country, are experiencing a cold spell.

President Benigno Aquino III on Friday welcomed to Malacañang the foreign “escapists”—the term used by Foreign Secretary Albert del Rosario to refer to the Filipino-Canadian visitors who joined the first “Winter Escapade—It’s More Fun In The Philippines” tour, a program started by the Department of Tourism and Department of Foreign Affairs to attract balikbayans (Filipino migrants).

“I didn’t expect that here in Malacañang, I would gladly welcome the ‘escapees,’” he said, adding in jest that when he talks of escapees, “most of the time I’m seated beside Secretary Leila de Lima of the Department of Justice, and we praise the apprehending [authority].”

Ditching their layered winter garb, they donned their swimming gears and basked in the sun on the famous white sand and blue waters of Boracay Island in Aklan.

They also joined street dancing for the Ati-Atihan festival in Kalibo, Aklan, and the Pintados festival in Passi City, Iloilo.

The visitors said they could not get over their frenzied encounter with fire dancers and street dancers as well as school children and proud local officials who gave them a taste of the world famous Filipino hospitality.

Some recalled the “overflowing” buffet of Filipino dishes and delicacies, and partook of local concoctions such as pineapple wine.

Others were enthralled with the trade fair and crafts demonstration organized by local governments to give the visitors a wider panorama of potential investments in the country.

“Traveling with Filipino-Canadians and seeing them react to their memories are the best moments for me. I will never forget the smiles and all the helping hands everywhere. The time and resources spent in welcoming us are priceless,” said writer Charles Lavoie from Victoria.

Gwen Manning of the Toronto contingent said he could not believe the quality of every reception. “Extraordinary little souvenirs from our hosts were given nonstop. It would be fun to come back to learn more about the gentle nature of the Filipino people. This was an exceptional trip,” said Manning.

The visitors also had a chance to meet with victims of Supertyphoon “Yolanda” that flattened many areas in the Visayas last Nov. 8.

Ilonggos thanked the Filipino-Canadians for helping the city clear the roads of debris and providing emergency assistance in the storm’s aftermath.

Mr. Aquino himself expressed his appreciation to Canada for standing in solidarity with the Philippines during the disaster relief operations.

“The Filipino-Canadian community prevailed upon the Canadian government to render its utmost assistance in the tragedy that happened with Yolanda,” Mr. Aquino recalled saying in his conversation with Canadian Prime Minister Stephen Harper in his remarks at the Rizal Ceremonial Hall in

“Previously, there was warmth from the winter months. Now, there is warmth from the love that you have bestowed and shown to our countrymen. Again on their behalf, I thank all of you for this really tremendous effort that enabled us to overcome and continue to overcome the challenges besetting our country as we try to recover, reconstruct, rehabilitate, and build back better,” he said.

Official Canadian contribution to the emergency effort is estimated at US$40 million, in addition to the private donations channeled through Canadian charities.

“Typhoon ‘Haiyan’ or Yolanda was really bad and it came on top of several crises. You had the Zamboanga crisis; you had the Bohol-Cebu earthquake; you had Typhoon ‘Santi’ in between them. And then now you have Typhoon ‘Agaton,’” the President said.

“The Philippines is visited by about 20 typhoons every year. We have gone a long way. Now, we have a weather bureau who can actually tell you precisely where it will fall, what the wind strength will be, what the rainfall will be,” he said.

The Philippines is one of Canada’s top sources of immigrants and temporary workers. Large Filipino communities are found in the cities of Toronto, Vancouver and Winnipeg.