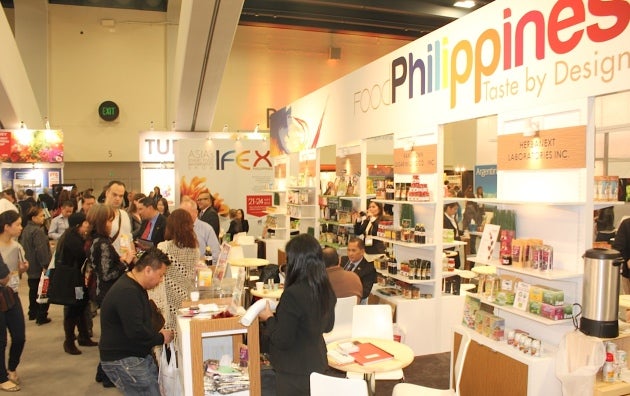 Food enthusiasts flocked to the Philippines Pavilion at the Winter Fancy Food Show.

SAN FRANCISCO—On Jan. 19-21, the Philippines for the first time joined the US West Coast’s largest specialty food and beverage trade show at the Moscone—to an enthusiastic reception by prospective importers.

Filipino-American chef Thomas Weibull held a cooking demonstration and tasting to show how Filipino ingredients can be made into delectable and attractive dishes. 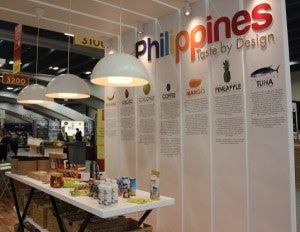 One of the displays at the Philippines Pavilion during the Winter Fancy Food Show.

Some 300 prospective buyers visited the Philippine pavilion, and Raw Brown Sugar Milling Co. Inc., one of this year’s exhibitors, was booked on the spot by a Spanish buyer.

“The strategy we’re pursuing in developing an international demand for our food and food products is to position them as organic, natural and heritage foods,” explained Jose Ma. S. Dinsay, Los Angeles-based commercial attaché of the Philippine Trade and Investment Center (PTIC).

“We choose producers that can deliver the demand for premium products and educate them on how to meet international trade standards,” explained Ma. Lourdes Mediran, deputy executive director of the Center for International Trade Expositions and Missions (CITEM). 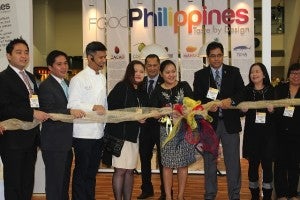 Deputy Consul General Jaime Ramon T. Ascalon stressed the important role and support of the Department of Trade and Industry (DTI), through CITEM, in raising the quality and awareness of Filipino food products on the world stage.

“Filipino-Americans can help elevate Philippine cuisine in the mainstream bringing into the conversation the versatility of the foods we enjoy at home instead of keeping it to ourselves,” stated PJ Quesada, vice president for marketing of Ramar Foods and an initiator of the Filipino Food Movement.

Weibull added that there are many Filipino-American chefs that have been cooking international cuisines but are now beginning to pay attention to Filipino cooking. “You’ll be seeing more and more of them on the American food scene.”

The Philippines’ participation in the Winter Food Show was organized by the PTIC led by Trade Commissioner Michael Ignacio in San Francisco and CITEM.