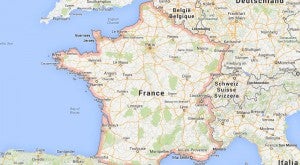 LE HAVRE—A Filipino sailor was lost at sea after falling overboard from a cargo ship as it left port in northwest France, the French coast guard said Tuesday.

The 30-year-old sailor, who was not wearing a life-vest, had been trying to secure a ladder late Monday when he apparently slipped and fell into the water under the 270-meter (890-foot) long vessel, which was flying a Liberian flag.

Searches Tuesday in the sea off the French port of Le Havre failed to locate him and the coast guard called them off after determining that his chances of survival were “very limited”.