The new Open Data portal President Aquino unveiled last week features a photo of him shaking hands with US President Obama and Brazil’s President Dilma Rousseff looking at the two.

The photo was from the 2011 United Nations-sponsored Open Government Partnership meeting attended by the three leaders. That makes it an appropriate image for rolling out the portal — but it’s also an ironic choice. 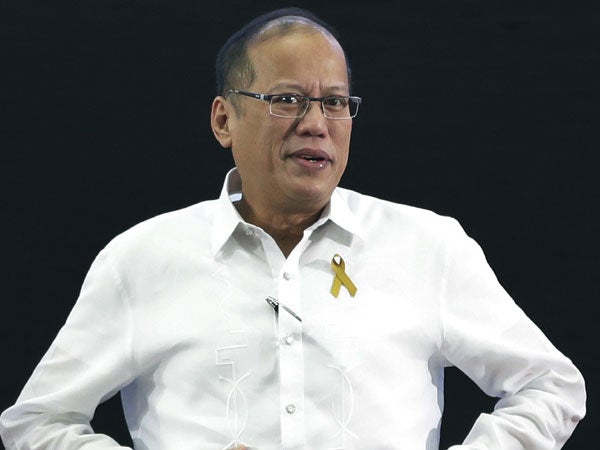 That’s because of the roles the two other world leaders shown with Aquino have played in the debate over government transparency and openness.

One has drawn fire for a controversial spying program, and the other praise for publicly speaking out against American spying.

Two veteran techies I asked about it agree. One looked at it from the business-investment angle, the other from a governance and social policy perspective.

“As the Philippines regains its credibility in the global credit ratings game, transparency can only improve the country’s investment grade standings,” Benjamin, who calls himself a “proud U.P. Diliman graduate,’’ told me.

Another UP Diliman alum, Ruben Canlas, a veteran IT consultant, says, “I’ve been waiting for this initiative for a long time.”

So have many other advocates of open, transparent government who imagine a time when Filipinos can easily get important pieces of information, from the state of the economy to how much money this or that government official makes.

There’s some of that on the site right now. But it’s clearly a work-in-progress.

“The search interface needs to be improved,” Canlas says. “The meat is in the /data section which I quickly browsed. There is already a good amount of info available there, but there should be more. Conspicuously absent is health data.”

“It will take a computer savvy expert to navigate” the portal, Canlas tells me.

He was referring to what Aquino promised in announcing the portal.

“None of us should make the mistake of thinking that Open Data Philippines stops at being a repository of data. Its very name says otherwise,” he said. “Opening data is about making statistics understandable, through the use of reader-friendly visualizations.”

It will clearly take time for the portal to be that friendly.

There’s another, more important concern: Is Aquino equating the Open Data portal with Freedom of Information? Those pushing for an FOI law certainly hope not.

“Open data is a great start,” Canlas says. But “relying on a website alone is not freedom of information.”

Freedom of Information is not just about offering easy access to official information. It’s about creating a new culture that says it’s important for government to be open and transparent.

Which brings us back to that photo.

You see Aquino smiling at Obama who is not exactly viewed currently as a champion of transparency, not after stunning revelations of a secret and extensive US government spying campaign against people in the US and beyond.

In a bold speech before the UN in September, Rousseff blasted US spying as “an affront to the principles that should otherwise govern relations among countries, especially among friendly nations.”

“Time is ripe to create the conditions to prevent cyberspace from being used as a weapon of war, through espionage, sabotage, and attacks against systems and infrastructure of other countries,” Rousseff said.

In the photo in Open Data portal, Rousseff isn’t smiling. Not much to smile about when it comes to Brazil’s relations with the US after all. In fact, Aquino could learn much from the Brazilian leader whose gutsy stance against US spying has won her the world’s respect.

To be sure, despite the US spying scandal, there are lessons to be learned from Freedom of Information American-style.

Canlas praises the US government data system which he says also “featured good studies and analysis based on the data it published.” There are also lessons on how an open system can get derailed in a democracy.

Three years ago, the Obama administration’s chief information officer quit amid nasty budget battles that led to drastic funding cuts in the US data.gov system.

Reacting to similar worries related to the UK’s data.gov system, Tim Berners Lee, creator of the World Wide Web, told The Register newspaper, “What would be a shame would be if people use ‘depend on money’ as an excuse to be lazy and not be transparent.”

Expect similar battles with Aquino’s Open Data initiative — especially given the reasons some transparency advocates are excited about the portal.

“What excites me though is yung possibilities,” Canlas says. “Open data lets us in on what used to be a black box. Students and researchers could go to the site, download the data sets, and do data analysis.”

“They could discover patterns to affirm or challenge current policies. Open data scares the corrupt elements in government. … There’s nothing more illuminating than real hard facts and data.”