globalnation /
A MONTH AFTER DEATH 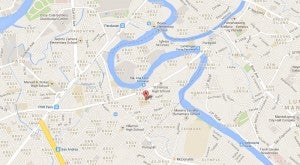 MANILA, Philippines—More  than  a month  after he died, the body  of veteran  correspondent for Manila-based  Nippon Hoso Kyokai   (NHK)  Barry Riddell has  yet to be buried.

Riddell’s remains  have been stored at the Floresco  Funeral  Homes  in Sta. Ana, Manila  since he was found  dead  by his landlord  last December 10.  His family waived “any right and interest to claim” his body.

The public broadcast service of Japan, which learned of his death on December 12, said the cause of death  was  unknown  and no  autopsy was conducted  but it  surmised that  75-year-old Riddell died  of cardiac arrest.

From  the  Philippine  General Hospital in Manila  where  he was  declared dead  on arrival,    Riddell’s body was immediately brought to the funeral homes where  NHK  was directed  to go to identify him since he has no kin in the Philippines.

Riddell’s employer then immediately informed the British  embassy about  his death, which initiated  efforts to find and contact  his family in the United Kingdom,  NHK , through its reporter Charmaine Deogracias, said in a letter to Senate  Public Information and Media Relations Office dated January 14, 2013, which detailed the   circumstances  of his death.

“It was only on January  6 when NHK learned from  the embassy that the family has been reached, and that they have waived any right and interest to claim the remains of Barry,” Deogracias said in the letter.

“The family said to have left all the discretion to the embassy. As to the exact language of this communication, the embassy has yet to receive a copy of the  letter  if there’s any. Also, the embassy refused to disclose, who among Barry’s family they have reached and the relationship,” she added.

Deogracias said the embassy having given the prerogative to handle Riddell’s remains, chose to transfer that discretion to the funeral home “how they would want to dispose of the body by way of paupers burial or however the funeral parlor usually disposes of unclaimed bodies.”

It was at this point that NHK, she said, started to initiate efforts to prepare to finally lay Riddell to rest.

“In honoring Barry, his life and work, we would like to give him a decent burial. But given his non-binding employment status to  the  company  and the nature of his death, NHK is constrained to assist in this regard,” Deogracias said.

“NHK’s resources being public funds have certain  limitations and that we are restrained to only pass the hat among former NHK bureau  chiefs and other colleagues who may have known Barry or helped him in anyway,” she said.

But Deogracias said Riddell’s funeral expenses have already ballooned after more than a month of “storing” his body, the “preservation of which is paid by the day up until the letter  from his family will be received.”

“The cost has gone beyond what NHK can  come up for this. It’s in this regard that we would like to appeal to the Senate through your office, among his friends there or those who have known Barry for any help in this regard,” she said.

“Barry has lived in the Philippines long enough to know it by heart. The Filipinos had been his family and rightfully, he should be laid to rest where he is home,”  Deogracias added.