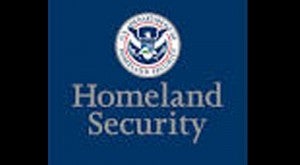 LAS VEGAS—An online petition asking the US Department of Homeland Security to grant the Philippines Temporary Protective Status (TPS) is in danger of failing to garner enough signatures by Feb. 1, 2014, the deadline for the petition to be able to have the needed number of signatures.

With just 25 days left, the petition posted on the “We the People” website has gathered only 20 signatures, well short of the 100,000 necessary for the White House to respond.

The online petition was launched from San Francisco, and the initial signatures came from mostly California-based Filipino-Americans.

“We respectfully request Pres. Obama to direct the Department of Homeland Security (DHS) to designate the Philippines as a country for Temporary Protected Status (TPS), pursuant to 8 U.S.C §1254a, as a way to meaningfully augment current humanitarian efforts of the United States to assist citizens of the Philippines affected by Super Typhoon Haiyan.

“Under this section, a country may be designated for TPS if it has been impacted by a natural disaster that has “result[ed] in a substantial, but temporary, disruption of living conditions” such that the country is “unable, temporarily, to handle adequately the return” of its nationals currently in the United States. 8 U.S.C §1254a(b)(1)(B)(i) &(ii).”

The “We the People” petition is in addition to direct appeals to the Obama administration for immediate immigration relief for Filipinos in the United States in the wake of the devastation caused by Supertyphoon Haiyan/Yolanda.

A TPS designation, among others, will provide a “hold” on Filipinos under deportation proceedings, allowing them to work and assist family members back home.

Similar designations were granted to Central American countries during emergencies, including El Salvador, Honduras and Nicaragua.

The appeal for TPS designation has received some bipartisan support from the US Congress and President Benigno S. Aquino III has formally asked the Department of Homeland Security for the designation.

According to Rodel Rodis, a San Francisco-based attorney, and one of the leaders of the petition campaign, at least eight senators, including Chuck Schumer, Democrat of New York, has endorsed the proposal.

Church leaders have also spoken positively about the plan and several Filipino-American organizations across the US have lobbied for its approval.

On Dec. 13, Philippine Ambassador to the US Jose L. Cuisa handed a note verbale to the State Department requesting the TPS designation.

The letter was addressed to Acting Secretary of Homeland Security Rand Beers.

A Washingon, D.C.-based non-profit was the first to bring up the issue of the TPS and its need for the Philippines.

The Migrant Heritage Commission first reached out to the Obama government through a letter on Nov. 11, nine days after the super storm hit the Philippines.

The letter asked the DHS to allow Filipinos to temporarily stay and work in the US so they can continue supporting their families and loved-ones affected by the calamity.

In response, DHS Director Alejandro Mayorkas said, “As the US government makes its decision to grant TPS to Filipinos there are already immigration relief measures in place for the Philippines.”

• Change or extension of status.

• Extensions of certain grants of parole and expedited processing of advance parole requests.

• Assistance to lawful permanent residents who are stranded overseas, without immigration or travel documentation.

• Expedited processing of immigrant petitions for immediate relatives of US citizens.

The Dec. 16 letter ended with Mayorkas assuring the community that the DHS is committed to assisting populations in need all over the world.

“Our demand for TPS designation of the Philippines is far from over,” said Arnedo Valera, co-director of Migrant Heritage Commission. “This campaign, which has now evolved into a national movement, is calling all Filipino-American national and local organizations and their network organizations from different nationalities, all over the US to intensify our campaign for TPS for the Philippines.”