In the know: Sinaloa drug cartel 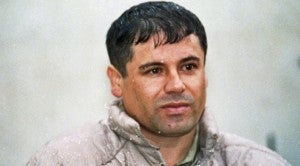 The drug trafficking cartel known as Sinaloa derives its name from Mexico’s remote state. It is said to be the ancestral land of the country’s most notorious traffickers, bound in an “alliance of blood.” Prominent members are cousins by marriage or brothers-in-law.

The cartel is headed by Mexico’s most wanted man, Joaquin (“El Chapo” or “Shorty”) Guzman.

Often described as Mexico’s most powerful drug kingpin, Guzman escaped from prison in 2001 and then went on a wave of killings in an attempt to dominate the country’s highly lucrative drug trade into the United States. He has been on the run with a $5-million reward on his head since.

Guzman was on the Forbes list of billionaires from 2009 to 2012. He was cut from the 2013 list. Forbes said it was no longer confident Guzman, rumored to have been killed in a shootout on the Guatemala border in February, had enough money to count in its rankings  this year.

About 90 percent of all cocaine consumed in the United States come from Mexico, which is also a major source of heroin, methamphetamines and marijuana. By most estimates, Sinaloa has achieved a market share of 40 to 60 percent, which may be translated to annual revenues of some $3 billion.

In the 1980s, Guzman joined the Guadalajara cartel, which was headed by a former policeman known as El Padrino. After El Padrino’s capture in 1989, the remaining members joined Guzman.

The Sinaloa cartel initially controlled a single smuggling route, through western Mexico into Arizona. But by 1990, it was moving three tons of cocaine each month over the border, and from there, to Los Angeles. It is now believed to be operating in 50 countries.

Drug ‘Queen of the Pacific’ returns to Mexico

Read Next
In The Know: Glossary of IRS terms
EDITORS' PICK
Do all the things you do, faster
MWSS: Water rate hike looms due to peso fall
Peeking inside the superb night camera features of the vivo V25 series
House energy committee chair Arroyo bats for cheap electricity
House urged: Be ‘judicious, frugal’ on intel funds
After an uneasy week, Masungi forest protectors bag UN award
MOST READ
Jean Garcia’s son Kotaro catches social media attention for being a V look-alike
Remulla lambasts ICC chief prosecutor
Encore: Another bill wants tourists treated to OPM
Badoy not with Office of the President, NTF-Elcac, under Marcos admin — solon
Don't miss out on the latest news and information.