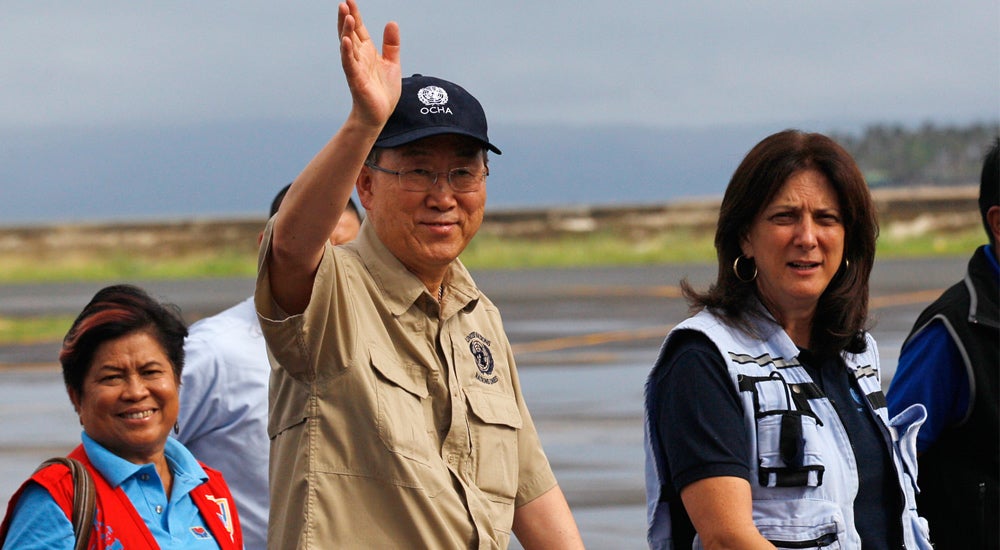 Ban flew to Tacloban on central Leyte island on Saturday after meeting President Benigno Aquino III and other officials in Manila to discuss recovery efforts.

Typhoon “Yolanda” (Haiyan) slammed ashore November 8 as one of the strongest typhoons on record with fierce winds and tsunami-like storm surges that flattened entire towns. More than 1,700 people are still listed as missing and more than four million others have lost their homes.

The United Nations early this week launched an appeal for $791 million for critical food assistance, clean water and shelter for typhoon victims.

Read Next
Taiwanese kidnapped in Malaysia freed in Sulu
EDITORS' PICK
DOH: Too early to say COVID-19 cases are declining
The best of bayside and city living at SMDC’s Sail Residences
COVID-19 cases in City of Manila are decreasing, says OCTA
Gov’t rolls out COVID-19 vaccination in select pharmacies on Jan. 20 to 21
Acer starts the year off strong with the Aspire Vero National Geographic Edition
Over 3 Million worth of prizes to be won at Smart Padala’s SENDali Manalo Promo!
MOST READ
Comelec junks petition to scrap Bongbong Marcos COC
In Batanes, octogenarian dies of COVID-19
Marcos Jr. visits Cebu, stands as ‘ninong’ to mayor’s son
When to get boosters after positive COVID test
Don't miss out on the latest news and information.