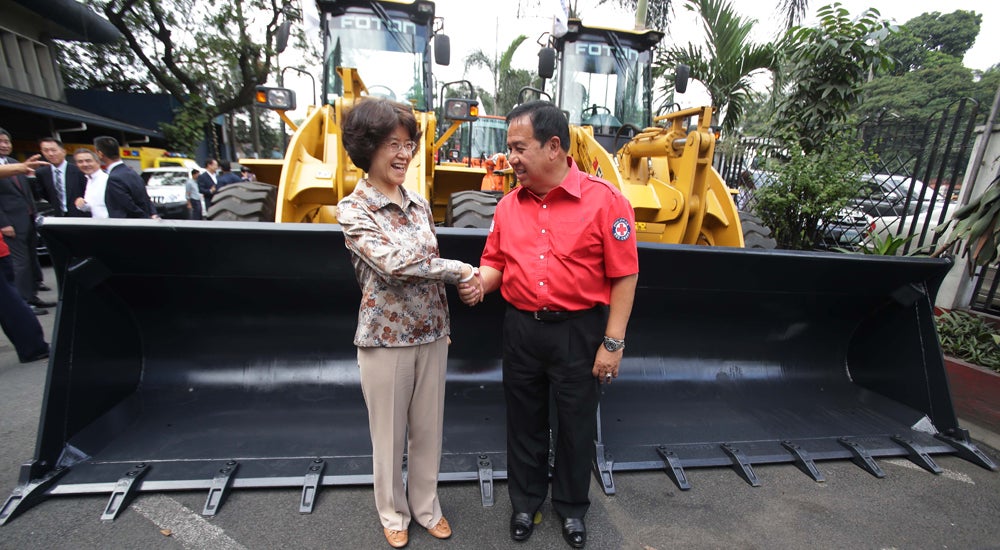 Philippine Red Cross Chairman Richard Gordon, right, shakes hands with Chinese Ambassador Ma Keqing as they pose for photographers during turnover rites of payloaders donated by Chinese companies in Manila, Philippines on Dec. 2, 2013. The Chinese Red Cross is building transitional classrooms for thousands of schoolchildren in Tacloban City, according to the Philippine Red Cross. AP

MANILA, Philippines—The Chinese Red Cross is building transitional classrooms for thousands of schoolchildren in Tacloban City in Leyte, according to the Philippine Red Cross (PRC).

Zhang Ming, director of the external liaison department of the Chinese Red Cross, said the society originally wanted to put up at least 500 shelters for the survivors of Supertyphoon “Yolanda,” but was later prevailed upon by PRC chair Richard Gordon to build transitional schools instead, after discovering that there was no land that was readily available for the shelters.