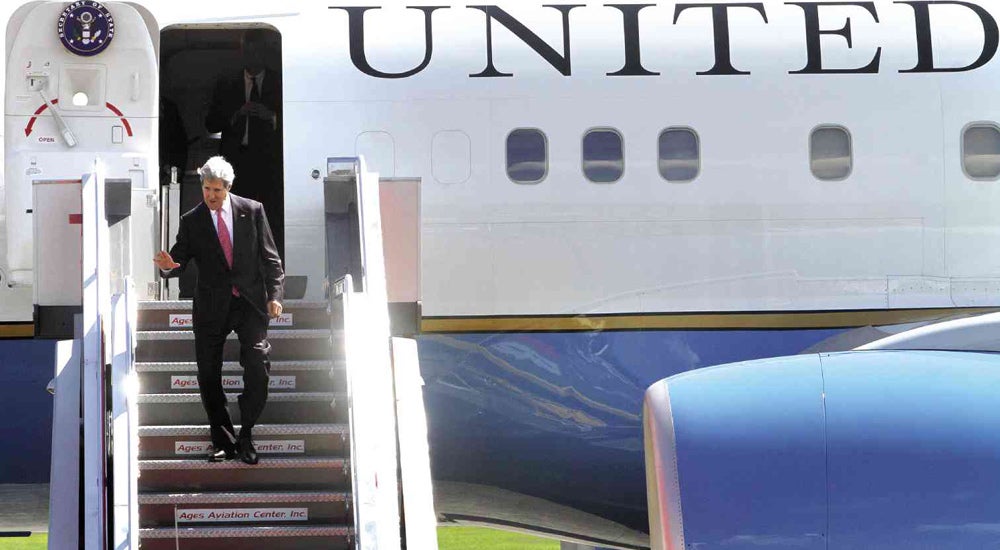 MARITIME SECURITY. US Secretary of State John Kerry arrives at Ninoy Aquino International Airport in Manila on Tuesday for a two-day visit to the Philippines. Kerry says strengthening maritime security in Southeast Asia is a normal process and is part of US efforts to help allies defend themselves better. INQSnap this page for more photos. NIÑO JESUS ORBETA

MANILA, Philippines—The United Nations agency tasked to defend press freedom has condemned a spate of journalist murders in Mindanao, taking the government to task for failing to solve the killings.

The head of the UN Educational, Scientific and Cultural Organization (Unesco) on Monday called for an investigation of the deaths of three journalists in separate incidents in less than two weeks, saying it was “very important” that the perpetrators be brought to justice.

Broadcaster Butalid was shot dead by a lone gunman in front of his radio station in Tagum City, Davao del Norte province, on Dec. 11.

Malacañang has condemned the killings and ordered an investigation.

Bokova added her voice to the growing international condemnation of the attacks, a string of killings that seemed to reinforce the Philippines’ worsening record in protecting journalists.

So far this year, eight journalists have been killed, raising to 27 the number of journalists murdered since President Aquino assumed office in 2010.

“It is very important that those responsible for these murders be brought to trial. Media workers in the Philippines have been paying a heavy price for exercising their right to free speech and providing society with independent news and reports,” Bokova said.

Unesco, the UN body tasked to defend freedom of the press and expression, said the names of the three broadcasters would be added to the agency’s dedicated webpage for journalists killed in the line of duty.

In 1997, Unesco adopted Resolution No. 29 titled, “The Condemnation of Violence Against Journalists,” which invites the director general “to condemn assassination and any physical violence against journalists as a crime against society” and “to urge that the competent authorities discharge their duty of preventing, investigating and punishing such crimes.”