More than 200 community, civic, church and labor organizations across the US had signed petitions, wrote letters to members of Congress and visited their home offices to enlist their support for TPS. Despite signals from the Obama administration that it was favorable to granting TPS, the Aquino administration was mum about it for weeks.

Noting the “intense desire of the Filipino-American community to more effectively assist victims,” the note verbale to the US Department of State requested “additional immigration

relief measures to allow eligible Filipinos to stay and work in the United States so they could support the country’s long-term post-typhoon recovery efforts.”

“(With President Aquino’s move), we are confident that the Obama administration will now expedite the granting of TPS on humanitarian grounds,” says Ed Navarra, chairman of the National Federation of Filipino American Associations (NaFFAA). “This is an urgent matter that directly affects millions of lives.”

Adds JT Mallonga, president of the Filipino American Legal Defense and Education Fund (Faldef): “The TPS designation of the Philippines is primarily a humanitarian one, which allows Filipino breadwinners in the US to be able to go home to the Philippines for closure (in case of death in the family) and to get them to rebuild their lives.”

Currently allowed under immigration laws for countries impacted by a natural disaster resulting in a “substantial, but temporary, disruption of living conditions,” TPS will provide temporary immigration relief to undocumented Filipino immigrants currently residing in the US.

Many Filipinos have lost relatives in the storm or suffered tremendous hardships. “It is for this humanitarian reason that there is an outpouring of overwhelming support from across the country for the designation of TPS status for the Philippines,” Mallonga explains.

Following intense lobbying by community and civic groups, a bipartisan group of 20 US senators and 30 House members urged the DHS to grant TPS status to Filipinos affected by the disaster.

To put added pressure on the Philippine Government, Filipino-American community groups staged vigils in front of consulates in Los Angeles, New York and Washington, DC. Community leaders also met with consular officials, most of whom were in favor of making the request.

On Dec. 10, leaders of the National Domestic Workers Alliance (NDWA) and the Pilipino Workers Center met with Ambassador Cuisa. After the meeting, NDWA Coordinator Aquilina 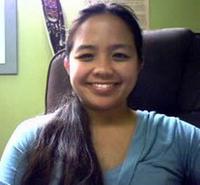 Soriano said “the issue of TPS is moving seriously through the Philippine bureaucracy. Ambassador Cuisia was very clear that they understand the Philippine government needs to make a request for TPS. So it is great that there is no confusion about that. Also, they definitely have been feeling the public support and pressure from all of us.”

Concerned about possible delayed action by the Aquino administration despite assurances that a decision will be made by Dec. 25, NaFFAA leaders called for nationwide rallies in front of consulates across the US. “We are glad the Philippine government acted sooner rather than later,” Mallonga said. “Now we have to ensure DHS responds positively and promptly by granting TPS to Filipinos.”

In a letter to DHS in November, Navarra wrote that “this benefit will alleviate their fears of deportation to a devastated country and allow them to work and stay in the US temporarily. With this authorization, Filipino nationals can continue providing material and financial support to the homeland, especially at a time when they are in dire need of help.”

Mallonga further explains that there are precedents where the US administration acted on similar requests: “Following the devastating earthquake which struck Haiti two years ago, the US designated TPS to Haitian nationals, allowing them to continue living and working in the country for 18 months. The same should be done to Filipinos, and it must be done soon.” Other nationals from countries devastated by natural disasters, such as Honduras, Sudan and El Salvador, have also been granted TPS before.

Adds Mallonga, who is also a member of the American Immigration Lawyers Association: “While TPS provides temporary legal status for Filipinos already in the US, it will not necessarily lead to permanent residency. Also, TPS does not provide humanitarian aid or legal status for people not already here.

“TPS may only be granted for 18 months. Beneficiaries will be granted a temporary employment authorization document as proof of authorized stay in the US for that period. Qualified TPS applicants will then be allowed to remain in the US with a work permit. This is only meant to be a temporary immigration benefit.”
When the Obama administration announced the designation of TPS for Haitian nationals in 2011, Mallonga notes that the 100,000 to 200,000 Haitian immigrants estimated by the Department of Homeland Security to be in the US without authorization were not subject to deportation. The estimated 270,000 undocumented Filipino immigrants will similarly be given the same benefit if TPS is granted.