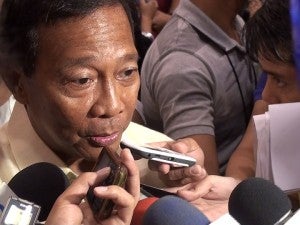 “I will leave [Monday night] to extend our sympathies to the people of South Africa on the passing of their revered leader, former President Nelson Mandela,” Binay said in a statement.

“The government and the people of the Philippines stand with them at this hour of their great loss,” he said.

Around 60 countries represented by their heads-of-state will attend the memorial service or state funeral of Mandela.

Mandela fought the then apartheid regime in South Africa which led to his arrest and imprisonment.

He was jailed for 27 years until he was released unconditionally under the administration of former president FW de Klerk, the last white president of South Africa.

Mandela was elected president in 1994 serving one term until 1999. He visited the Philippines in 1996, meeting former president Fidel V. Ramos.

53 heads of state and government to attend Mandela funeral