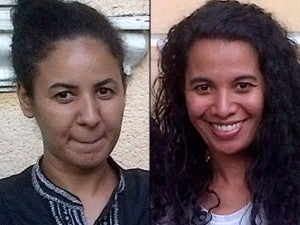 MANILA, Philippines—On June 22, Filipino-Algerian sisters Nadjoua and Linda Bansil were abducted by at least 10 armed men in Patikul town, Sulu province, while riding a passenger jeepney to Jolo town. The two were doing a film on the sultanate of Sulu.

The Bansil sisters are behind the 2013 Gawad Urian-nominated short film “Bohe: Sons of the Waves,” with Nadjoua as director and Linda as her assistant. The film is about a group of Badjao boys who live on a small island in Batangas province.

Days after the abduction, the Bansil family and Amnesty International called on the abductors to release the women immediately, saying they were human rights defenders and filmmakers who focused on the plight of impoverished Muslims in southern Philippines.

In July, a group of ulama (Islamic scholars) called on Sulu officials to help secure the freedom of two sisters. Ustadz Jaafar Ali, a member of the board of the National Ulama Council of the Philippines, said they should be freed unconditionally.—Inquirer Research