Two Filipino passengers who were with the driver managed to escape unscathed from the accident that occurred in the city of Ha’il, about 700 kilometers from Riyadh, DFA spokesman assistant secretary Raul Hernandez said. 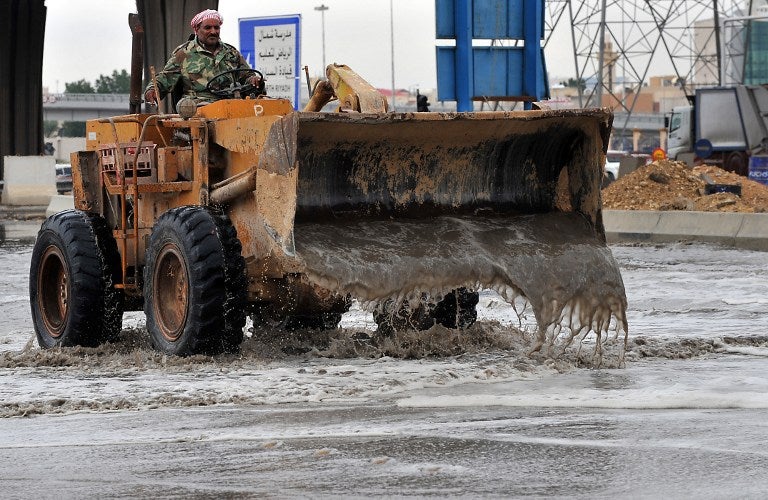 A Saudi laborer tries to clear a flooded street in northern Riyadh on Sunday, Nov. 17, 2013, after heavy rains fell overnight in the Saudi capital, causing floods and traffic jams and forcing the Saudi Education Ministry to suspend studies in schools and universities for one day. AFP PHOTO/FAYEZ NURELDINE

Filipino community leaders in Ha’il reported the accident to the Philippine Embassy in Riyadh, he added.

“Our embassy is currently coordinating with the employer of the deceased and local authorities for the repatriation of his remains,” Hernandez said.

“Our embassy and the Bahay Kalinga were not flooded and are operating normally,” he said.

The identity of the driver could not yet be disclosed pending notification of the victim’s next of kin.

There are more than one million Filipinos living or working in Saudi Arabia.

Filipino among 11 dead from Jeddah flooding